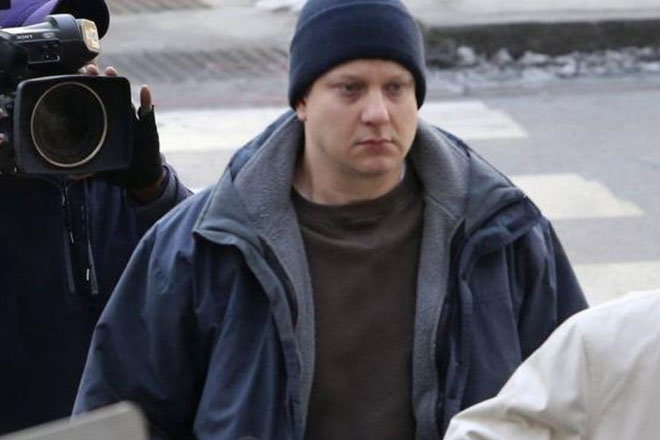 It comes a day ahead of the expected release of a police car dashcam video showing Jason Van Dyke shooting 17-year-old Laquan McDonald.

Mr Van Dyke turned himself in on Tuesday morning in Chicago.

Police use of excessive force against African Americans has been the subject of protests for more than a year.

In Minneapolis on Monday night, one of those protests was marred by violence when three white men opened fire at a rally, injuring five people.

Chicago Mayor Rahm Emanuel has said the officer was not justified in killing the teenager, calling his actions “hideous”.

“At every point, he violated what we entrust,” Mr Emanuel said on Monday.

Illinois Governor Bruce Rauner has said the video is “very troubling” and he expects a strong public reaction, though he hopes it will be “thoughtful and peaceful”.

The police union in Chicago has opposed the release of the video and said it would taint a trial jury.

The officer, through his lawyer and the the police union, has said he feared for his life because McDonald was holding a knife.

Chicago police have also said McDonald threatened officers with a knife and slashed the tyres and windows of a patrol car.