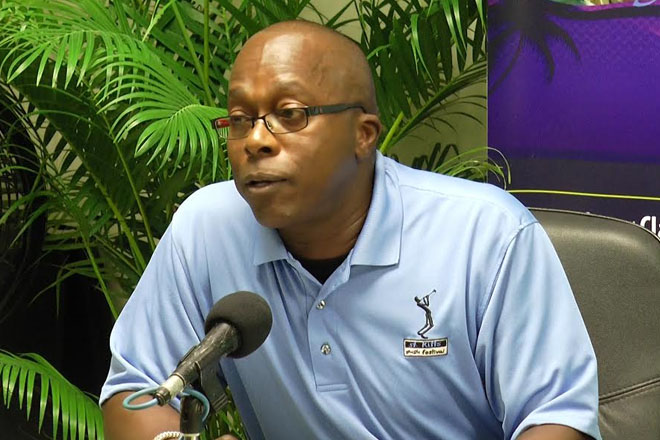 (ZIZ News) — With the 20th St. Kitts Music Festival about a week away, several preliminary events will be kicking into high gear over the next few days.

Music Festival organizers hosted a press conference at the tourism ministry’s conference room on Wednesday to update the public on upcoming events including the Sprat Net Lime in Old Road on Wednesday June 15, and a bar crawl on Saturday.

Festival Chairman, Faron Lawrence also spoke of a free concert in the square on Wednesday June 22.

“This concert is being put on to showcase the various local talents we have on the island and of course you would appreciate that not everyone can be on the big stage but we wanted to have a stage big enough to hold some of these local artists that we have on the island,” he said.

He said they are also bringing back lunchtime concerts on each day of the Music Festival.

“A few years back we used to have these lunchtime concerts and we didn’t have them for the past for u years or so, so we’re bringing them back as a way to five our visitors something to do during the day and fill the entire day for our visitors and locals alike,” he said.

The lunchtime concerts will be held at Independence Square.

Mr Lawrence encouraged the public to go out and support all of the activities that surround the 20th Annual St. Kitts Music Festival.