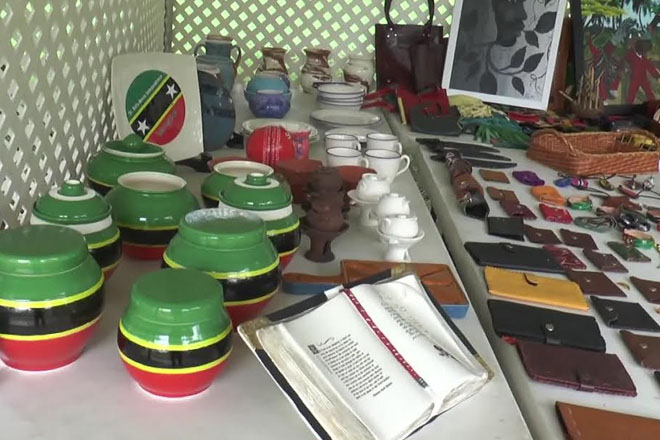 (ZIZ News) — Various art forms are in the spotlight for the next week as the National Arts Festival is now underway.

The event began on Friday as several businesses and other agencies set up booths with exhibitions in visual and culinary arts.

Among them were the inmates of Her Majesty’s Prison displaying their artistic skills, the Craft House showcasing some of its goods for sale, and the students of the Clarence Fitzroy Bryant College offering culinary creations for sale.

Minister of Culture, the Hon. Shawn Richards declared the festival open, noting the overall goal of the event.

“It is intended to help build greater awareness and appreciation of the arts and to provide opportunities for the many men and women whose vision and imagination allows them to place, whether through music or on a canvas, our society’s essence and our future”

He also spoke of the importance of arts education.

“The benefits of arts in education have been well documented as helping persons to become well rounded individuals with wider perspectives and greater ability for reasoning and thinking outside the proverbial box,” he said.

The National Arts Festival runs from September 18 to 26 and is dedicated to the memory of Sir Caleb Azariah Paul Southwell.

Events include panel discussions on Ziz TV, a Visual and Literary Arts Exhibition, and a drill competition on the Bay Road.