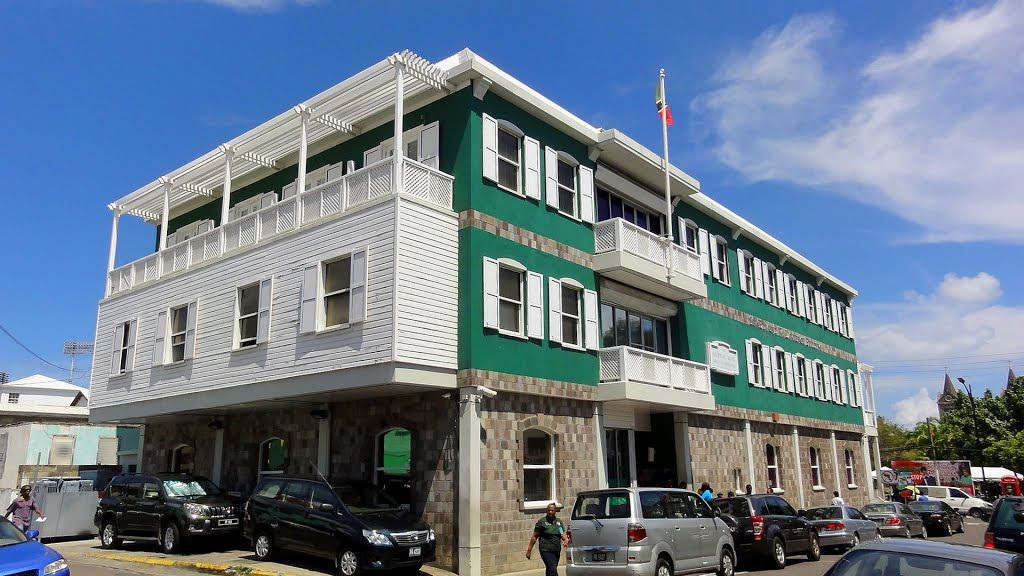 Basseterre, St. Kitts, December 17, 2021– The National Bank Group of Companies convened its  51st Annual General Meeting under the theme “Re-Imaging the Future … Powered by a Proud Past” at the St. Kitts Marriot Resort on Thursday, December 16, 2021, at 5 p.m.

An enthusiastic audience of over 200 shareholders in St. Kitts and Nevis were in attendance and were presented with 50th Anniversary commemorative tokens on arrival. The attendees also included representatives of the major shareholder, Eastern Caribbean Central Bank, the Bank’s solicitors, and the Bank’s external auditors.

The agenda included presentations by the Chairman of the Board of Directors, the Chief Executive  Officer, and the Bank’s auditors. The Corporate Secretary also presented the minutes of the last  Annual General Meeting for amendments and approval.

Chairman Alexis Nisbett in his address to the shareholders stated that the National Bank Group of  Companies earned a record profit of $188.4 million for the year ended June 2021. He considered this achievement historically significant as the Bank’s business model delivered continued growth and shareholder returns in the throes of the COVID-19 pandemic and a cyber-attack, both of which threatened not only the institution but the entire financial landscape in the region.

He also expressed satisfaction with the Bank’s performance in these unprecedented times and committed to the institution continuing its role as the people’s Bank.

Mr. Donald Thompson, Chief Executive Officer, echoed the sentiments of the Chairman and provided more details on the Group’s performance at the end of June 2021. The net income of $188.4 million represents a 563.7% or $160.0 million increase when compared to $28.4 million in June 2020. Total assets increased to $3.73 billion from $3.36 billion the prior year. Earnings per share saw its highest reported yield at $1.40 compared to $0.21 prior year. The Group’s overall key performance ratios showed marked improvements over the previous year.

The Bank also announced a record dividend of twenty cents per share for the period ending June 2021.

The evening ended with refreshments for all attendees as a way of celebrating the stellar performance of the Bank.

St. Kitts-Nevis-Anguilla National Bank Limited is the largest financial institution in the Eastern  Caribbean Currency Union with over EC$3 billion in assets and is known throughout the region for its commitment to innovation, exceptional customer service, and corporate social responsibility. This year, National is celebrating its 50th Anniversary, having been incorporated in 1971 under the  Companies Act Chapter 335, and was re-registered under the new Companies Act No. 22 of 1996 in  1999.