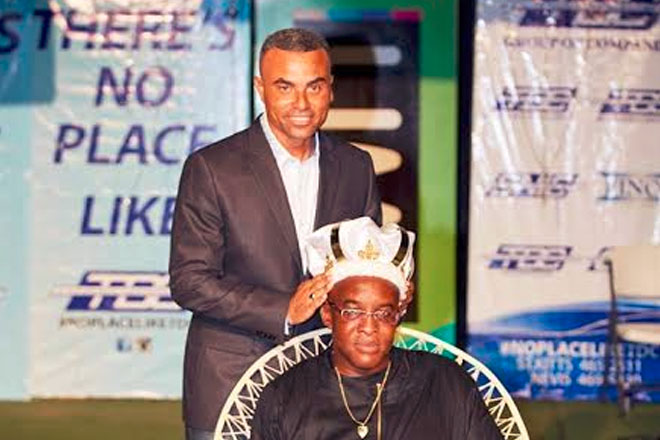 Browne was crowned early this morning [Sunday] at the Cultural Complex in Nevis following what many described as the best Senior Kaiso Competition in years. He defeated the reigning king, Keith “Dis N Dat” Scarborough who placed first runner-up.

It was a lyrical battle between the two whose wit and impromptu lyrics near the end, showed their seniority in calypso and set them apart from the remaining six calypsonians.

Following his historic win of the National Carnival Calypso Contest in 2014, Browne told ZIZ News that he would be taking Culturama 41 very seriously. During an exclusive interview with our reporter, Browne said “It feels great. Remember when I was going to St. Thomas I did tell you, months before Culturama, that I’m going to win the crown. I have to win the crown.”

He continued, “It’s an excellent feeling. I’m not going to say I’m speechless but it’s an overwhelming feeling knowing what I did tonight, create another piece of history. I am really really really happy.”

Other competitors in Saturday’s contest were Nutsy, Baker, Lady Panther, Enforcer and Irwin.

The show was hosted by Caribbean comedy queen, Rachel Price.