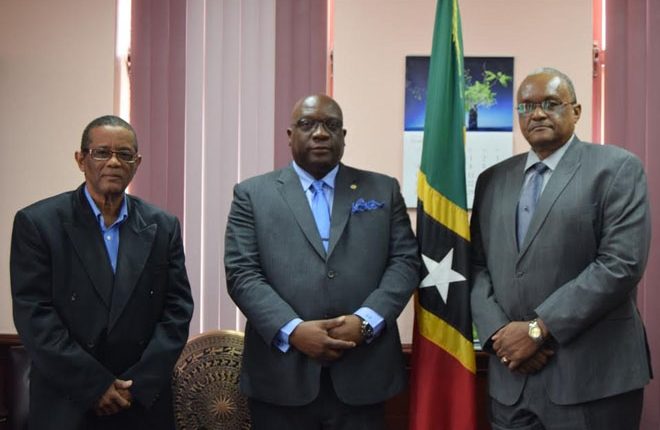 Speaking with the Press Unit in the Office of the Prime Minister following Saturday’s meeting, Dr. Harris described the National Defence Council as an “important body that had been legislated for to serve a very critical purpose in the context of our national security system.”

The Prime Minister added, “What the National Defence Council is seeking to do is to bring the leadership of the distinct national security entities (the police force, the defence force and Her Majesty’s Prison) together for focused consideration, not just on their individual entity strategies, but rather a coherent national security strategy. By bringing the minds together, each one can get a better sense of what the others are doing and how they need to adjust their particular programmes to achieve the desired success.”

Dr. the Hounrable Timothy Harris further stated that Saturday’s deliberations, which ran for over three hours, was highly productive, adding that, “The insights and the synergies that could be obtained were crystallized from the presentations that we had, led by a draft policy proposal from the National Security Advisor. We also had presentations from the representatives of the various other entities and as we move on from time to time, the council will co-op other agencies, for example the Customs and Excise Department, to make particular presentations because they too are a critical aspect of our national security system.”

The Council chair noted that, at the next meeting in November, they would look at various developments that took place since the staging of the inaugural meeting. “There are some policies that have to go to the broader Cabinet for consideration. The Permanent Secretary in the Ministry of National Security, who by law is the Secretary to the National Defence Council, is charged with preparing those policies for consideration by the Cabinet, and so once we would have taken those to the Cabinet, we would then meet to alert the broader membership of the council as to where we are at,” Prime Minister Harris said.