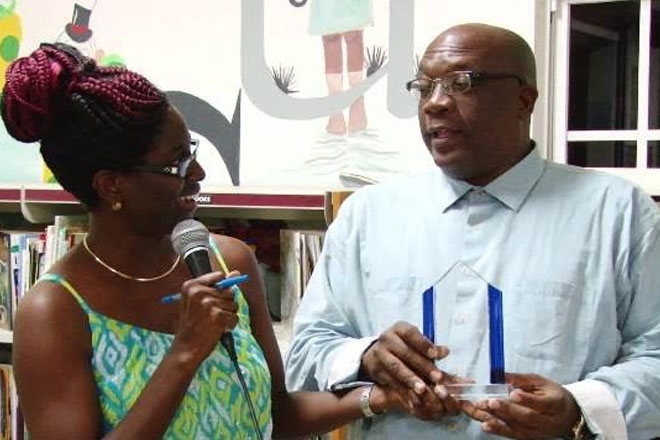 Saturday’s meeting was one of many that fall in line with the government’s promise to be transparent in its affairs by regularly updating nationals on ministers’ stewardship.

Many residents showered Prime Minister Harris with praise. One lady described him as a great leader and said she was proud to know that St. Kitts and Nevis was in great hands.

She said, “A great man, and a great man at the helm that I believe would do a lot for our country, yes, I am Kittitian-born: mother from Sandy Point, grandmother from Sandy Point, and I was born in Basseterre: somewhere around Irish Town, and I grew up in Cunningham Street until my parents, mother and father, took us to Antigua but St. Kitts is where the navel string is and I’m happy to be here tonight and I’m happy to hear what is happening in the country of my birth,” adding “My mother and grandmother would have been really very happy.”

Among the issues addressed was the technical inability of some residents to listen to ZIZ Radio.

In response, Prime Minister Harris said the general public could look forward to significant improvement from the national broadcasting station of St. Kitts and Nevis.

“We have put a new Board in place at the ZIZ Broadcasting Corporation which is in fact headed by Mr. Douglas Wattley and we’re hoping that that team, very quickly, will be able to deal with some of the issues that had been plaguing ZIZ for a while and we’re hoping to see improvement in the programming, in the coverage and in the offerings by and large so I would say, before the year is out, hopefully we’ll begin to see significant improvements at ZIZ. Thank you though for tuning in to ZIZ,” Dr. Harris said.