Basseterre, St. Kitts, January 21, 2020 (ZIZ News): Former Defence Force soldier Joseph Bergan who is known in the calypso arena as the Awesome Navigator is putting plans in place to host a fundraising barbecue and fish fry event to assist with his rehabilitative efforts in Cuba later this month.

Bergan who was injured on the job in 2005 spoke with ZIZ News ahead of the event about why he has decided to host the activity.

He said he will be leaving for Cuba at the end of January and will undergo rehabilitative treatment for 3 months. He spoke of what he hopes achieve there.

He thanked those persons who have assisted him during this time, making special mention of Carlton Dupont who donated $10 thousand dollars to the cause.

The Awesome Navigator Barbecue and Fish Fry will take place at the market place in sandy point on Sunday January 2 6th from 5 pm. 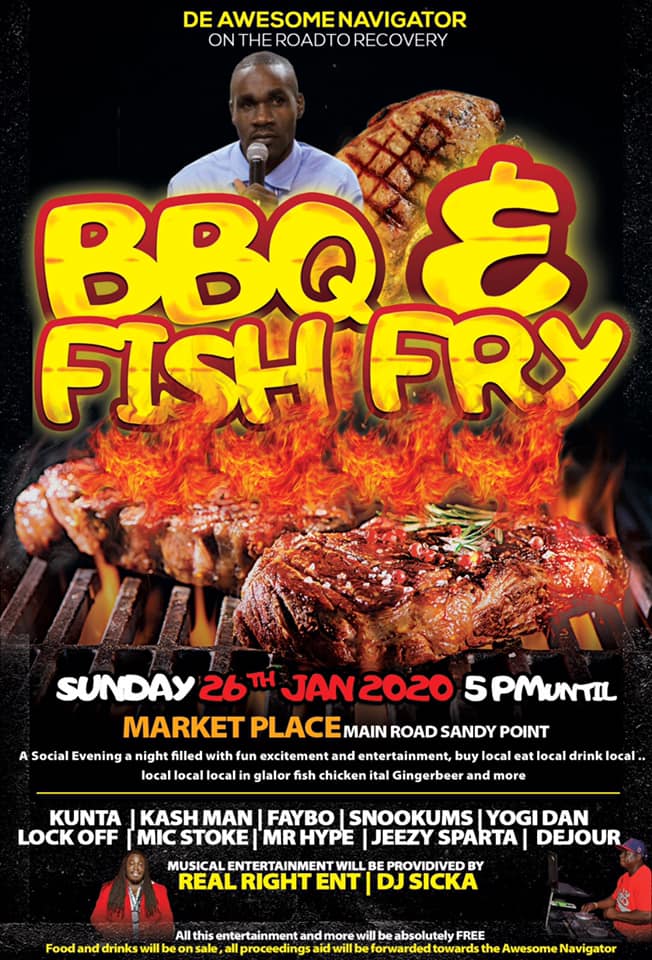