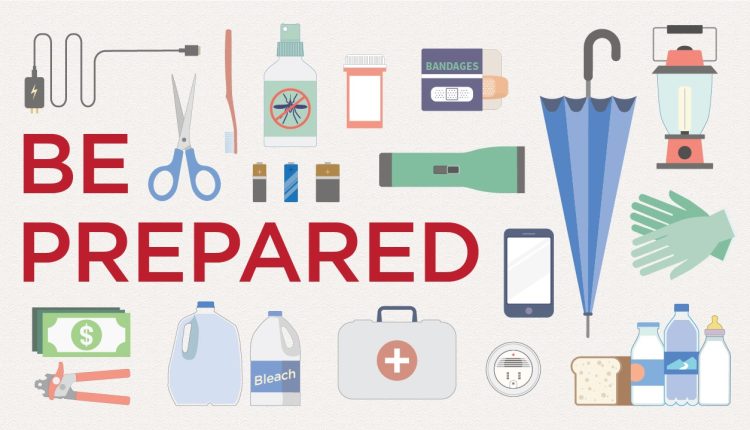 Basseterre, St. Kitts, May 03, 2019 (SKNIS): Disaster preparedness is paramount when it comes to dealing with a potential crisis. Against this backdrop, Abdias Samuel expressed that the citizens and residents of St. Kitts and Nevis should mitigate the effects of a disaster by insuring their property, making a family plan, and budgeting accordingly in preparation for this crisis.

During his appearance on “Working for You” on May 01, Mr. Samuel stated that one measure to employ when preparing for a disaster is the creation of a family plan in the event of separation.

“You must have a plan. What do we do in the event that we are affected and we are separated etc.? These are some of the things to consider when developing a family plan,” he said.

The National Disaster Coordinator stressed the need for the people of St. Kitts and Nevis to budget themselves and stock up on essential goods that would be necessary in times of crisis.

“Budget yourself if you have to buy supplies, essential supplies and stocking supplies,” said Mr. Samuel.

He also encouraged persons to insure their properties, vehicles and other valuables.

Mr. Samuel said that citizens and residents should assess their vulnerabilities and know emergency personnel around them in the event of a crisis as it would enable them to be better prepared.

“Look at your vulnerabilities in terms of vulnerable persons either around you or in your home or even yourself. Make sure you have your medications if you suffer from any forms of illnesses; make sure you know where you can get assistance from; know the persons who are district volunteers; know where your shelters are; know the telephone lines for your hospitals or any other agencies that provide emergency during the situations, for example, the Red Cross; know who to contact at the Red Cross. These are key critical things that persons can do amongst many others to prepare themselves,” said Mr. Abdias Samuel.

He also encouraged persons to buy radios and searchlights and to make sure they have a cooler in the event that they do not have a generator.

Mr. Samuel also addressed the role the government plays in providing incentives such as concessions for the purchase of generators.