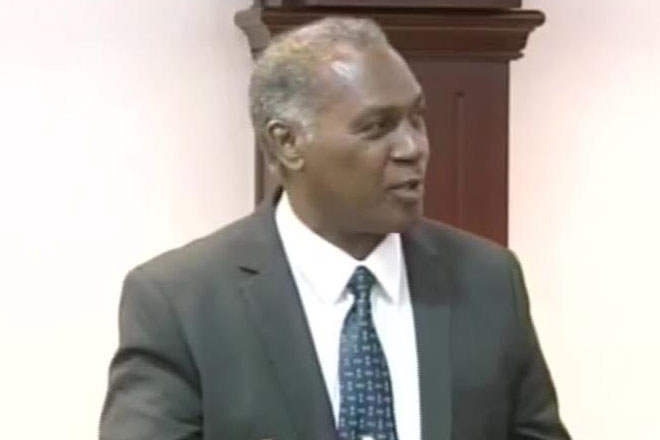 Amory, Nevis’ Premier, was at the time speaking on behalf of that island’s Minister of Culture, Hon. Mark Brantley.

He said, “In lieu of the Minister of Culture who had promised to make that appeal to extend that invitation to everyone who can come to Nevis and I have to report that the Carib Surf is doing its run again so we have another boat for accommodation for transportation and I think that we will have a wonderful time.”

Culturama 41 officially began on August 23rd. Since then, the events have gained momentum and are expected to attract larger crowds this weekend.

“We’ve had three good shows already.and on the weekend, they have the best calypso shows we’ve had. I’ve heard the songs and I think it’s going to excite the people. So, on behalf of the Minister of Culture, I want to just invite everybody to come,” Amory said.

Culturama 41 is being held under the theme, “Culture, Fete and Fun, Culturama 41.”