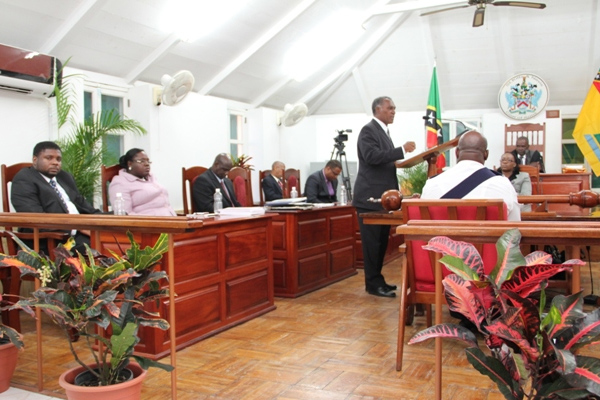 (ZIZ News) – Nevis’ Premier and Minister of Finance, the Hon. Vance Amory used the opening portion of his 2016 Budget presentation to praise the partnership among his Concerned Citizens Movement [CCM] administration, the People’s Labour Party and the People’s Action Movement.

Amory said because of that partnership, his administration and Nevis by extension was receiving its fair share from the federal government.

He added that because of the partnership, his government is better poised to promote economic stability on Nevis.

“Your C.C.M. Administration will continue to implement measures to enhance economic stabilisation in the short run while simultaneously reinforcing the foundation for economic expansion in the medium to long term,” Amory noted.

He said they continue to see increases in recurrent revenue by more than five percent annually over the past two years “especially in areas such as import duties, transfer of taxes, revenue from financial services sector and the value added tax.

“We also see additional evidence of this growth in our annual employment data which shows average employment for the first half of 2015 which stood at 5,624 employees when compared to 5,467 employees for the entire year of 2014,” Amory added.