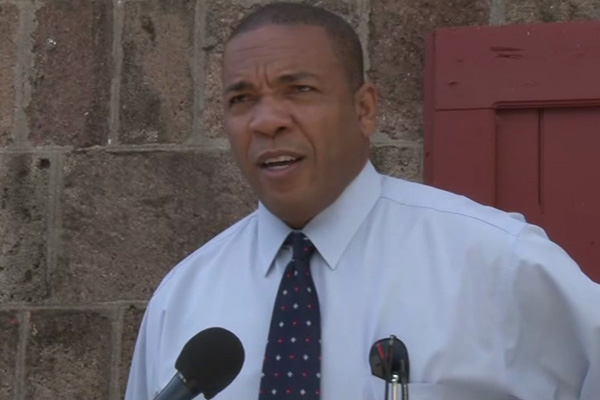 (ZIZ News) — Scores of Nevisian public school 1st formers were disappointed on Tuesday after they did not receive their new laptops under the federal One to One Laptop Programme.

While the Minister of Youth and Information Technology, Hon. Glenn Phillip did turn up on Nevis with the laptops, he was prevented from distributing them on the instruction of Premier and Minister of Education, Hon. Vance Amory.

Minister Philip spoke to reporters following the incident and explained what had occurred.

“Unfortunately we came across to deliver laptops to all the secondary schools here which are Gingerland Secondary and Charlestown Secondary, along with the I.S.S., which is the International Secondary school. When we encountered Charlestown, we were told that we could not deliver the laptops today, simply because the Premier was not alerted about the distribution. What I do know though is that there were negotiations between both Ministries of Education, the Ministry of Education here in Nevis and also the Ministry of Education in St. Kitts, a time was set forth; as a matter of fact senior officials in the Ministry of Education knew that the distribution of laptops were to be done today. They had prescribed the time they wanted us to be here and so we came over. What I understood is that the Premier was not alerted as to the distribution of the laptops.”

The minister said, while he did not believe there was any malicious intent behind the order to stop the laptop distribution, he was saddened by the way the day had unfolded.

“Let me say it was nothing of ill will, I think it was just a matter of miscommunication, whether at our level or at the level of the Ministry of Education in Nevis. However, I’m saddened because at the end of the day the students are the ones who suffered not receiving their laptops today.”