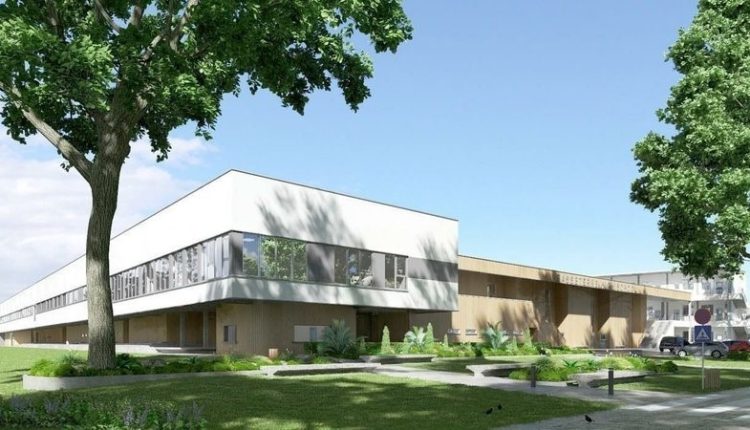 Basseterre, St. Kitts, May 31, 2019 (SKNIS): During a community forum held on May 29, Senior Principal at Stantec Caribbean, Andrew Hutchinson has stated that a number of the key mitigation measures taken at the new Basseterre High School (BHS) will reduce flooding in the Newtown area and replenish the Basseterre Aquifer.

One key measure is the construction of a flood mitigation pond that will not only reduce the flooding in Newtown, but recharge the Basseterre Aquifer with 50 million gallons a year and also to flush the aquifer.

“The greatest risk or impact of the project comes from flooding or the risks of flooding,” he said. “There is the immediate urban watershed of 200 acres that flows through the site, not every day, but when you get that five or four inch rain, it flows down through that corridor, in the urban area, that space where the site is and it will go down into Newtown.

That flooding will impact on the school. So we have recognized that as the risk and the basic mitigation measure we recommended is that you need to construct a pond to the north of the school in the Basseterre Aquifer. That water will capture the water coming down and store it and allow it to soak in the ground. So it reduces the flow that would go downstream. It will reduce the incidence of flooding in Newtown.”

He noted that once the water is captured in the pond, it will soak into the ground.

“It will infiltrate and recharge the aquifer,” he said. “This is a good thing because we are putting additional water into the aquifer and that by extension serves to dilute any pollutants that may be in the aquifer because you are putting in more water.”

Storm chambers, another mitigation measure, will be constructed at the school, says Mr. Hutchinson.

“Because of the run off from the school, as the school is a hard standing area, we are proposing to construct what we call storm chambers down the middle of the driveway of the school or the carpark,” he said.

Mr. Hutchinson noted that all the water coming off of the school goes into those storm chambers, which are semicircular arches buried underground.

“That stores the water so it can be soaked into the ground as well so that it doesn’t run off and go into Newtown,” he said.