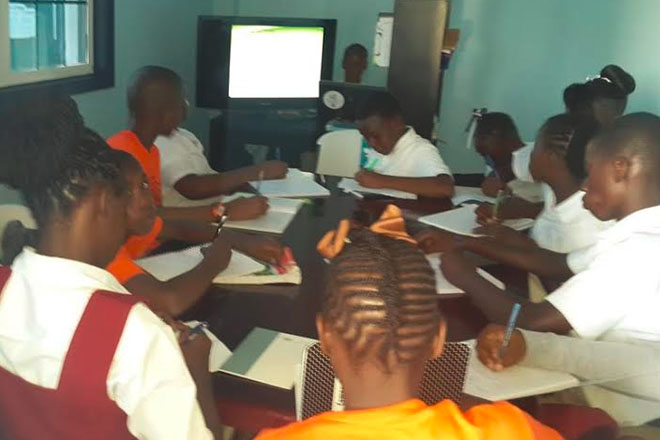 Wricherly Gumbs, the organisation’s owner, said he is passionate about the development of young persons and so, he is looking for different ways to capitalise on the existing talents that they have.

“We have constantly been coming up with new ideas; new and innovative ideas; where we can always include young persons because you know not all of them may want to perform in a concert but something like education pertains to everyone and we actually seized that opportunity and started what we call the YEEA Academy,” Gumbs said.

Gumbs, who also functions as the Principal of the Academy, which concentrates on academics, said for primary level students, the academy provides instruction in Mathematics, English, Science and Social Studies, while at the secondary-level, they offer English, and Mathematics and have recently started a CXC programme.

He said, “The success in the primary level has been very great. Actually we had six persons in Grade 6 last year and of those, two of them were privileged enough to be afforded the opportunity to be in 1A1 currently.”

The young entrepreneur encouraged parents to consider his organisation.

“It is definitely a great choice to be a part of our organisation because it is simply an opportunity for your child to participate in the arts or to gain vast knowledge in school but it’s also a family group and they will actually develop social skills while attending this academy which is very vital to their growth as young persons,” Gumbs explained.

The Academy was rolled out on September 7th, 2014 and accommodates children and young people between the ages of 9 and 15 years.

For the performing arts aspect, a grand concert is scheduled for this December.