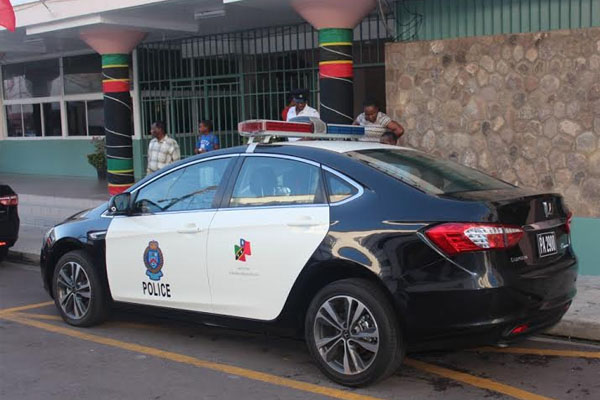 New Patrol Cars on the Streets of Basseterre

Basseterre, St. Kitts (SKNIS) — Two new police cars are patrolling downtown Basseterre as a fleet of high tech vehicles are among the latest tools being used by the Royal St. Christopher and Nevis Police Force in the fight against crime.

Permanent Secretary in the Anti-Crime Unit Her Excellency Astona Browne said that another eight vehicles are expected on island shortly as part of the donation. They will be assigned to communities in St. Kitts and in Nevis. She revealed that they are equipped with all the “bells and whistles” used by law enforcement in larger countries to enhance the response time, communication and decision making by officers on duty.

“I would also want to let the citizens of St. Kitts and Nevis know that this will enhance the visibility of the officers as they move through our communities,” Mrs. Browne stressed. She added that Taiwan has been a major supporter of the Government’s crime prevention programme.

“We are very pleased to have the cooperation of the Government of the Republic of China,” she emphasized. “They have really used their knowledge and expertise to assist us here. The Closed Circuit Television (CCTV) cameras were also a donation by the [ROC] and here again we see them coming on board with these vehicles.”

Taiwan made a similar donation of vehicles to the police force in 2007.

Another batch of police vehicles are also expected on island in the near future. This initiative is supported by the European Union.