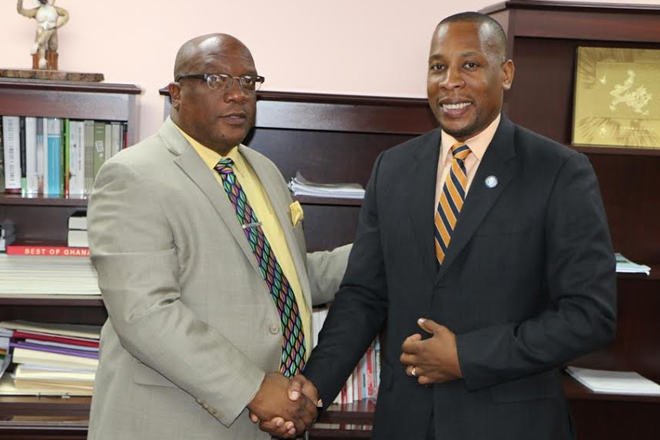 Prime Minister Harris officially welcomed and congratulated the Governor on his new post and offered him words of encouragement.

He explained that there are several internal and external issues relating to how the eccb goes about pursuing its mandate and stated that the government is on board to assist where necessary.

He said “we are prepared to give full support to those positive developments which we think would lead to a greater contribution of the bank to the economic development of our region.”

The Prime Minister also expressed his government’s desire to be able to rely upon the expertise within the Central Bank to assist in dealing with some of the challenges faced nationally where the government would require a broader tool of technical support.