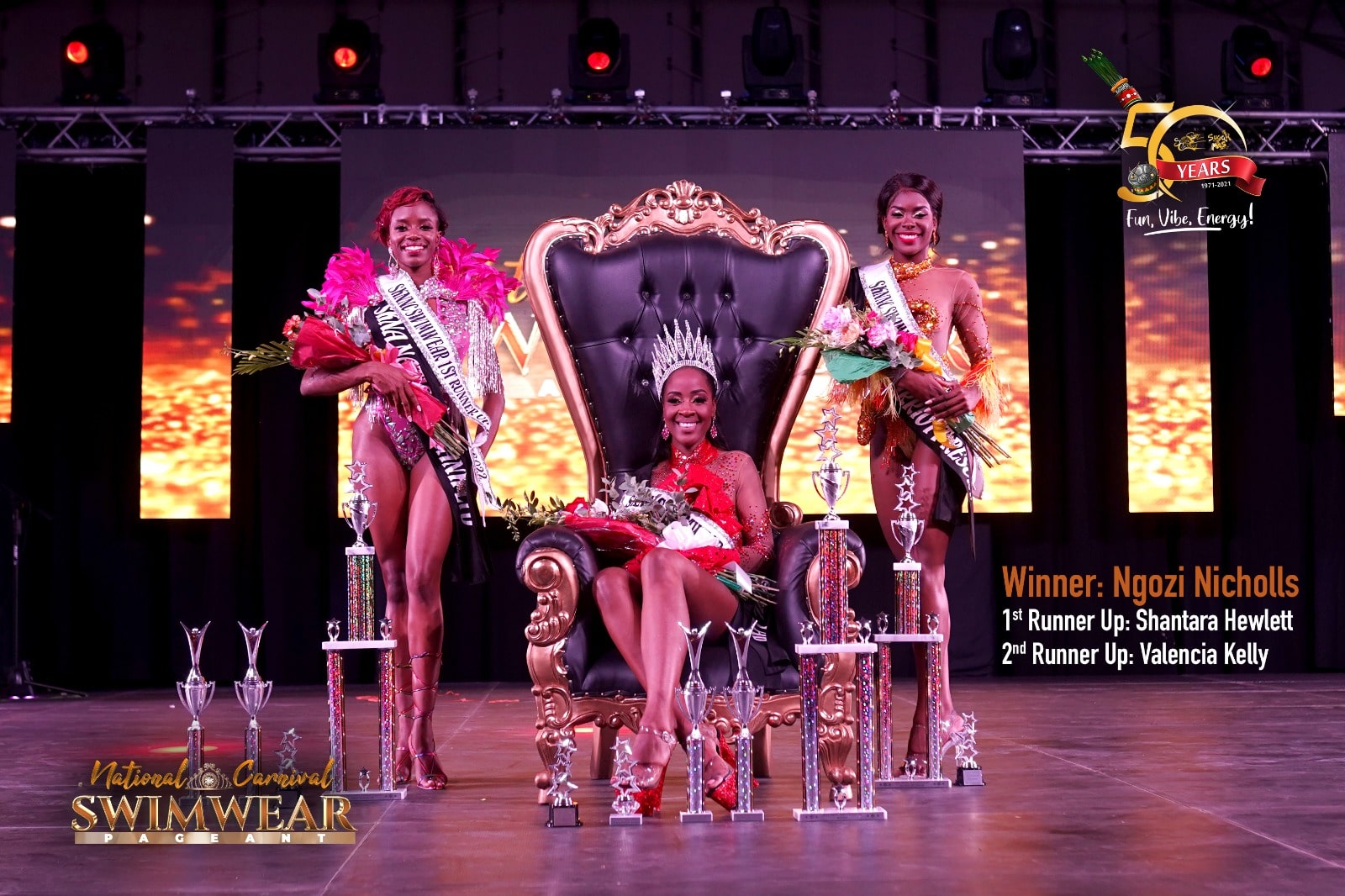 Basseterre, St. Kitts, December 23, 2021 — A large audience was on hand on Wednesday night, 22nd December 2021,  to witness the crowning of the new St. Kitts & Nevis Carnival Swimsuit Queen, Ngozi Nicholls, who was sponsored by Next Generation Medical Laboratory.

It was a competition that many had been predicting would be closely fought and the results of the judges proved the public right after they declared a winner by the smallest of margins, just one (1) point.

To secure victory, Nicholls captured the imagination of the judges by winning the Best Interview segment and the Identical Swimwear Appearance.

On her way to being crowned by the Minister of Culture and Carnival, Jonel Powell, Nicholls tallied 897 points, just one more than her First Runner-up, Shantara Hewlett, sponsored by National Bank.

The stage at the St. Kitts Marriott Recreational Center was on pageant fire, as each contestant took their turn in the spotlight to gain points in the Identical Wear, National Pride, Glitz & Glam, and Interview.

The Second Runner-up spot was occupied by Valencia Kelly, who amassed 775.5 points. She was sponsored by St. Kitts Marriott Resort.

The next carnival event on the Calendar of Activities is the Soca Monarch Competition, on Thursday, 23rd December, at Carnival Village in Basseterre, starting at 8:00 p.m.

This is the 50th Anniversary of the St. Kitts & Nevis National Carnival, Sugar Mas, which is being celebrated under the theme, Fun, Vibe, Energy.