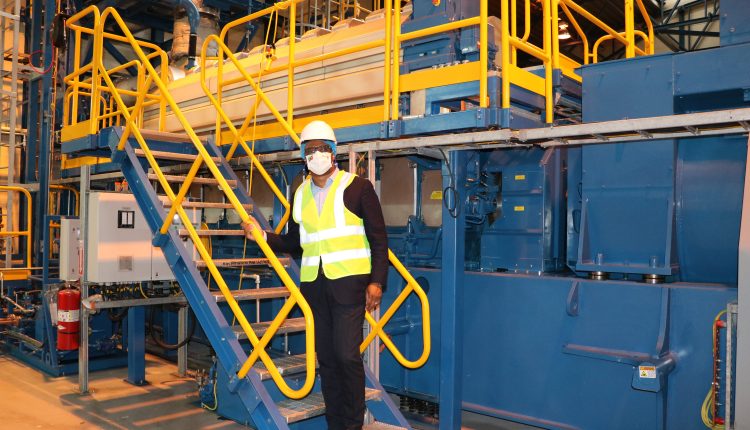 Charlestown, Nevis, August 09, 2022 (NIA) — The Nevis Island Administration (NIA) has committed to a monthly subvention to the Nevis Electricity Company Limited (NEVLEC) in order to cap the increasing fuel surcharge on electricity bills, in an effort to bring relief to consumers on the island.

Premier Hon. Mark Brantley made the announcement recently, noting that the government is aware of complaints made by citizens and residents on Nevis about the high cost of electricity. Pointing out that the increase in fuel surcharge on NEVLEC electricity bills is a direct result of the rising cost of fuel globally, the Premier nevertheless apologized to the people of Nevis for the financial pressure they are experiencing because of this.
“To put it in context for you, the average price of fuel has moved from $7.98 per gallon in January 2022 to $14.68 per gallon in June 2022. So in just that six-month period, the price has increased almost 100 percent in terms of fuel. So it is an untenable situation, and whilst that war in Ukraine continues we do not see any immediate fix to this problem…
“We are committing to NEVLEC $1.75 million per month specifically to try and cushion this shock that NEVLEC itself is experiencing, and so as a result, we are capping the fuel surcharge at 65 cents, and that is significant because as of [July 28] NEVLEC is advising that the actual fuel surcharge is 90 cents. So we are trying to cap it at 65 cents by the government injecting $1.75 million per month into NEVLEC in order for it to pass on that relief to customers.”
He said the Cabinet will provide the subvention to NEVLEC for three months in the first instance and then will make an assessment with regard to providing that additional money to the electricity company to keep the 65 cents cap on fuel surcharge in place.

The NIA has over the past several months made a concerted effort to mitigate the effect of the increasing cost of fuel on consumers. In March of 2022, NEVLEC invested EC $16, 555,733 to acquire a new 3.8megawatt Wärtsilä generator at the Prospect Power Plant which is significantly more fuel-efficient than its existing engines.

Premier Brantley also noted that in September of 2021 NEVLEC introduced the use of a six-month rolling average of the actual price of fuel to calculate the price of fuel surcharge, a mechanism which helped to level out the wide fluctuations in the price of fuel.

“NEVLEC has by so doing sought to create a cushion so that the customers do not have to absorb the full impact of the fuel surcharge. Incidentally, I think that I should point out to you that that policy of NEVLEC has in the last year cost NEVLEC in excess of $3.1 million by way of subsidy. So even though the bill is high and we acknowledge that it is high and we apologize for it is high, it would have been even higher had NEVLEC not absorbed some $3.1 million of that.”

The Premier urged members of the public to conserve energy in order to reduce electricity consumption in their homes. NEVLEC has provided some conservation tips for residential consumers including using compact fluorescent bulbs which are four times more energy efficient than incandescent bulbs; turning off the lights in any room you are not using, and ironing large batches of clothing at one time to avoid wasting energy reheating the iron several times.

Mr. Brantley has assured that the NIA remains committed to pursuing renewable energy resources including wind and geothermal energy.
Continue Reading
Share
You might also like
National