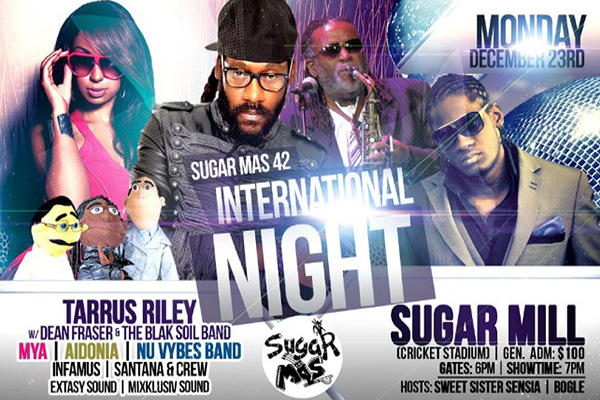 (ZIZ)– The National Carnival Committee on Thursday, January 9th ended the refund period initiated after the International Night show was rained out on December 23rd, 2013.

National Carnival Chairman, Sylvester Anthony told ZIZ News that the refund period which started on December 27th, 2013 was sufficient time for patrons who bought tickets to collect their refund.

He said, “From the last count, we sold around 680 tickets.  We’ve refunded around 640 tickets. We couldn’t let it go on indefinitely.”

Anthony said the numbers show that there was a strong interest in the show and he predicts a good turnout for the International Night as part of Sugar Mas 43.

He added, “These are people who had committed to attending the show…a lot of Kittitians and Nevisians wait until the night of the show to buy their tickets so we believe the show, had it gone on, would’ve been a great show and we believe the next show, we’ll have an even bigger surprise for people.”

The carnival committee recently announced that consideration is being given to rescheduling the International Night show for next week Saturday, January 18th.

According to the committee, the major headliners for the rained our show, have indicated their availability for that date.

Chairman Anthony has said however, that the show will not be free and the price will not be discounted.