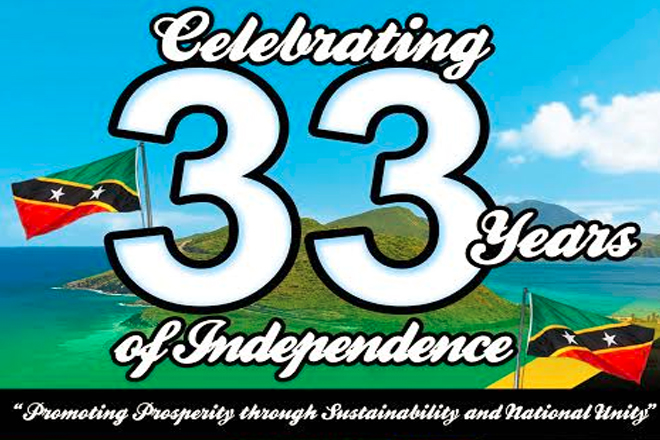 Notes of congratulations pour in from near and far for St. Kitts and Nevis’ 33rd Anniversary of Independence

(PRESS SEC) – Numerous expressions of congratulations and well wishes are pouring in from world leaders and organizations to Prime Minister Dr. the Honourable Timothy Harris, his government and the people of St. Kitts and Nevis on the joyous occasion of our 33rd Anniversary of Independence.

The Republic of China (Taiwan) sent a congratulatory letter signed by Premier Lin Chuan. It reads in part: “Saint Christopher and Nevis has achieved remarkable progress in such areas as tourism, infrastructure, renewable energy, education, agriculture, business, and investment. I have every faith that, under your capable leadership, Saint Christopher and Nevis will continue to go from strength to strength in the years ahead.”

Premier Lin Chuan accepted the seal of office from his predecessor Chang San-cheng on May 20th, 2016, the same day that the first female President of Taiwan, Her Excellency Dr. Tsai Ing-wen, and her Vice President, Chen Chien-jen, were sworn into office.

In May, Prime Minister Harris led a delegation from St. Kitts and Nevis to Taiwan that included Premier of Nevis the Honourable Vance Amory and Mrs. Amory and Attorney General the Honourable Vincent Byron, Jr. and Mrs. Byron. They attended the inauguration festivities on May 20th, and Prime Minister Harris was a special guest at a banquet hosted by the President of Taiwan that night.

St. Kitts and Nevis and the Republic of China (Taiwan) established diplomatic relations in September 1983.

The congratulatory letter from President Enrique Peña Nieto of Mexico reads in part: “I am confident that, through dialogue and collaboration we will continue to strengthen the excellent relations of friendship between our two countries. In wishing for the wellbeing and prosperity of your country, I wish to renew to you the assurances of my highest consideration.”

Prime Minister of Barbados the Right Honourable Freundel Stuart’s congratulatory letter reads in part: “As Small Island Developing States in the Caribbean, Barbados and St. Kitts and Nevis have many shared challenges and interests. Our cooperation within CARICOM and collaboration on issues of mutual importance in hemispheric and global affairs serve to further strengthen our close bilateral relationship. I look forward to increased engagement between Barbados and St. Kitts and Nevis in the interest of the development of our countries and region.”

The Inter-American Institute for Cooperation on Agriculture:

The congratulatory letter from the Costa Rica-based Inter-American Institute for Cooperation on Agriculture (IICA) also has a developmental focus. The correspondence signed by the IICA Director General, Dr. Víctor M. Villalobos, reads in part: “As you celebrate this special occasion, IICA wishes to reaffirm its commitment to strengthening the close ties of cooperation and friendship between the Institute and your Government and to express its strong desire to contribute to the development of rural communities in your country.”

The IICA spearheads training initiatives in St. Kitts and Nevis, including recently held mango-processing workshops. Mr. Augustine Merchant leads the St. Kitts and Nevis office of the Inter-American Institute for Cooperation on Agriculture.

India’s Prime Minister the Honourable Narendra Modi sent a congratulatory letter that reads in part: “India and Saint Kitts and Nevis enjoy warm and friendly relations characterized by a convergence of views on many global issues of common interest. It was heartening to learn that this year, the International Day of Yoga was celebrated in your beautiful country with great enthusiasm at the iconic Brimstone Hill Fortress National Park, a UNESCO World Heritage Site.”

On December 11th, 2014, the United Nations General Assembly declared June 21st (the longest day of the year) as the International Day of Yoga following India’s Prime Minister’s address to the UN General Assembly on September 27th, 2014. He stated then that, “Yoga is an invaluable gift from our ancient tradition. Yoga embodies unity of mind and body, thought and action … a holistic approach [that] is valuable to our health and our well-being. Yoga is not just about exercise; it is a way to discover the sense of oneness with yourself, the world and the nature.”

In August 2008, the Government of India appointed Mr. Kishu Chandiramani (now deceased) as Honorary Consul of India in St. Kitts and Nevis. A new Honorary Consul has not been announced yet.

This is a sample of the expressions of goodwill and congratulations that are emanating from all over the world to St. Kitts and Nevis as we celebrate our 33rd Independence.