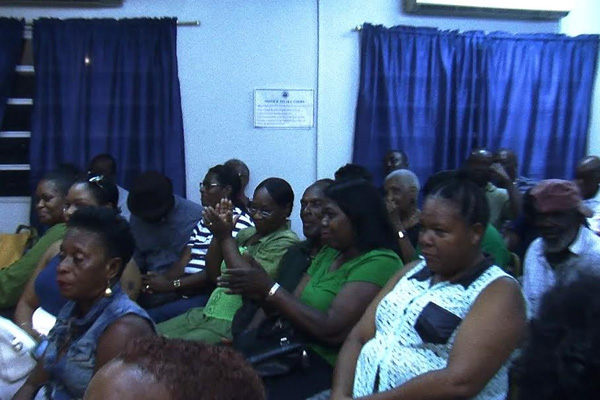 According to the NRP, Tuesday night’s event was the third in a series of meetings organised to highlight the hypocrisy of the Concerned Citizens Movement-led Nevis Island Administration.

The riveting speech presented by Federal Parliamentarian the Honourable Patrice Nisbett was perhaps the highlight of the evening.

It was Nisbett’s first appearance at the recent meetings and a large contingent from his constituency had gathered to cheer him on.

During his presentation, Party Leader and Former Premier the Honourable Joseph Parry revealed plans to collect the petitions that his party had created and present them to the federal government in hopes that an investigation be launched into the affairs of the CCM Administration.