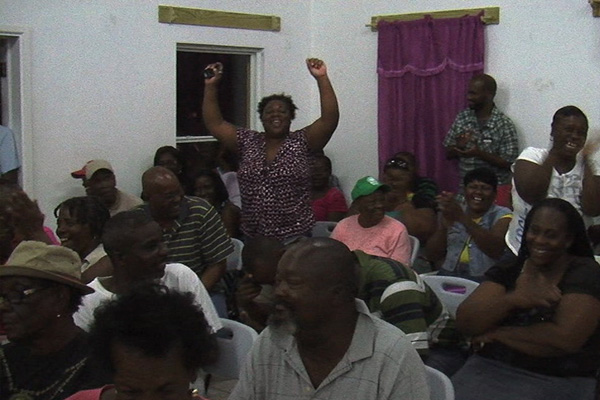 ZIZ News — The room was packed on Tuesday, at the Cotton Ground Community Centre when the Nevis Reformation Party [NRP] hosted the first in a series of town hall meetings.

Party supporters, media officials and onlookers gathered to hear details of the alleged undercover land sale between members of the Nevis Island Administration’s Cabinet and an Iraqi national.

While speeches were presented by the Party’s Deputy Leader, Hensley Daniel, and St. Paul’s representative, Honourable Robelto Hector, it was party leader and former premier, Honourable Joseph Parry, who spoke specifically of the land deal.

Mr. Parry, in his presentation, revealed that Nevis’ Premier, Honourable Vance Amory, and his wife, Vernie Amory, were directors of Octagon Consultants and Services Limited, and acted as agents for the land sale which, according to Parry, saw 10 acres of government-owned lands being sold and paid for through the private accounts of Amory’s company.