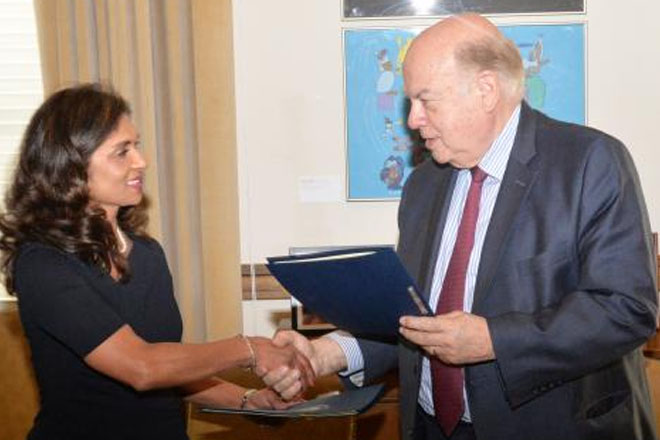 OAS and Suriname sign agreement to observe May 25 elections

Washington, USA — The Organization of American States (OAS) will send an electoral observation mission to the general elections in Suriname that will take place on May 25, according to an agreement signed on Monday between the hemispheric institution and the government of the South American country.

The secretary general of the OAS, José Miguel Insulza, noted that the election will take place on his last day at the head of the Organization.

The OAS leader explained that he has designated as chief of mission the Chilean economist and former director of the Department of International Affairs of the OAS, Irene Klinger. Moreover, he recalled that this will be the fifth OAS mission to elections in Suriname since 1991, and expressed his conviction that the elections will further consolidate democracy in the country.

The permanent representative of Suriname to the OAS, Niermala Badrising, expressed the commitment of her government “to uphold democratic principles, strengthen democratic institutions and advance good governance in order to support and safeguard overall political stability and development.”

Badrising explained that more than 30 political parties have registered for the election, in which more than 350,000 voters will take part, 40,000 of them for the first time.

“Worth mentioning is the laudable initiative of President Desi Bouterse to establish a voluntary code of conduct for political parties campaigning in the democratic elections. This, against the backdrop to minimizing any form of tension, and encouraging a climate conducive to open, free, and fair competition during the electoral and campaigning process,” she said.

The mission to Suriname has the financial support of Canada, Spain, the United States, France, Italy and the United Kingdom.