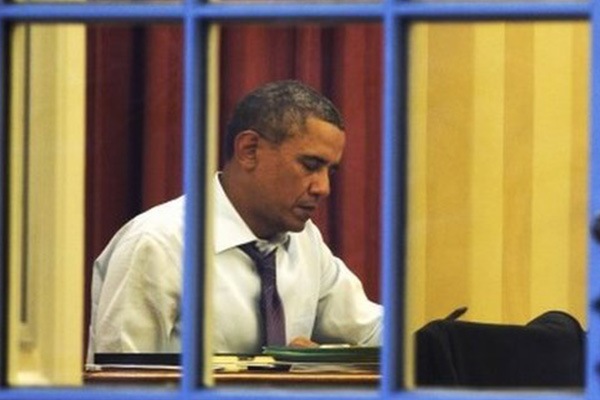 Obama State of the Union speech to act on income inequality

(BBC) — US President Barack Obama will bypass a fractured Congress to act on income inequality as he delivers his annual State of the Union address later.

The White House said Mr Obama would unveil an executive order to raise the minimum wage to $10.10 (£6.10) an hour for new federal contract workers.

The Democratic president is expected to announce other executive orders, which do not require congressional approval.

He is facing some of the lowest approval ratings of his presidency.

Mr Obama has called for a “year of action”, though Congress will limit his ability to get much done.

Just over a year after his re-election, Mr Obama must contend with determined opposition from the Republican Party, which controls the House of Representatives and has the numbers in the Senate to block his agenda.

Time is running short before Washington DC turns its attention to the 2016 race to elect his successor, threatening to render him irrelevant even with three years remaining in office.

In the face of a divided Congress, Mr Obama has pledged to use executive action to bypass Congress, and the White House says he will flesh out some of his plans in the State of the Union speech.

He will reiterate his call for a broad rise in the federal minimum wage, currently $7.25 per hour, say White House officials.

To sidestep lawmakers, Mr Obama will issue an executive order raising the hourly rate of federal workers with new contracts, such as janitors and construction workers. However, that measure is only expected to benefit a few hundred thousand employees.

He is also tipped to urge the Republican House of Representatives to support a broad overhaul of the US immigration system.