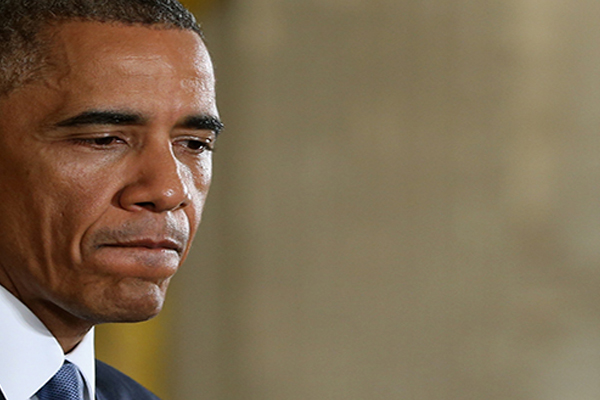 Obama to request US$6 billion for Ebola crisis

Washington, United States (AFP) — US President Barack Obama is seeking more than US $6 billion in emergency funding to fight the Ebola epidemic in West Africa and respond to cases in the United States, a White House official said Wednesday.

The United Nations has described the Ebola outbreak that has killed some 5,000 people — most in Guinea, Liberia and Sierra Leone — as a threat to world peace and security, and issued repeated appeals for aid.

The US response aims to “strengthen our domestic public health systems, contain and mitigate the outbreak in West Africa, speed efforts to obtain and test vaccines and therapeutics, and further reduce risks to Americans” by helping prevent, detect and respond to outbreaks in vulnerable countries, said the official from the Office of Management and Budget.

“These activities are critical to combat the spread of Ebola and reduce the potential for future outbreaks of infectious diseases that could follow a similarly devastating, costly, and destabilizing trajectory,” the official said.

US officials have criticized the level of international support for countries hit by Ebola and said foreign governments needed to do more to send doctors and equipment.

The United States has deployed military and civilian personnel to the region to build hospitals and provide logistical and other assistance.

“To help meet both immediate and longer-term requirements, we are requesting over US$4.5 billion for immediate response and US$1.5 billion for a Contingency Fund to ensure that there are resources available to meet the evolving nature of the epidemic,” the official said.

The US military plans to boost its force in West Africa to as many as 4,000 soldiers.

Much of the US response has been focused in Liberia, the hardest hit country, due to historical links.

The World Health Organization has so far recorded more than 13,000 cases but admits the real number could be much higher.

The often deadly virus is spread only through direct contact with the bodily fluids of an infected person showing symptoms such as fever or vomiting.