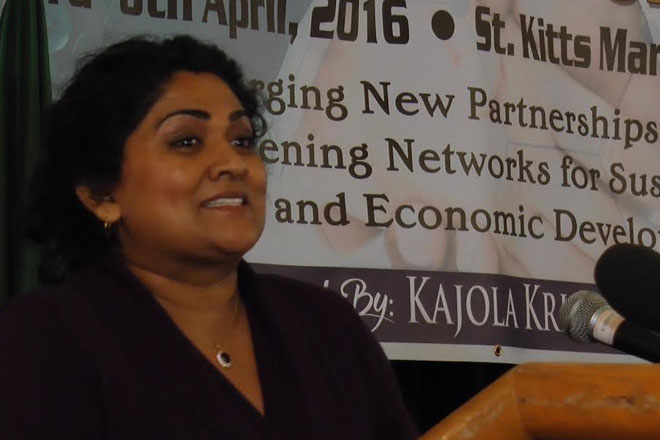 Ocean resource energy is the answer to economic development

(ZIZ News) — According to Head of Oceans Governance Unit to the OECS, Dr. Asha Singh, the small developing island regions should focus more on using the ocean as a major resource for economic development.

She made this statement during a Diplomatic Symposium held at the Marriott Ballroom, on Tuesday.

“Many of our countries under the United Nations framework convention and law of the sea has tremendous amounts of resources in what we call the ocean. We may call ourselves small island developing states but actually we are large ocean states”, she said.

She then explained that the Maritime boundaries are overlooked and can be used as real estate.

“In some of our countries once we have limited the maritime boundaries, some of these countries have as much as a thousand times more marine space than land. Ladies and Gentlemen, this is incredible real estate that we are talking about”, Dr. Singh stated.

Dr Singh suggested the use of the ocean in efforts to further economic growth and development.

“More and more we are recognizing that small island states with large ocean space has the potential to make the ocean our blue growth. Blue economy becomes a very important issue for us. In many of our countries we have economic sectors that are really maxed out at this point in time. We need to start looking for new niches and way up in that ocean offers us a new frontier for economic development”, she explained.