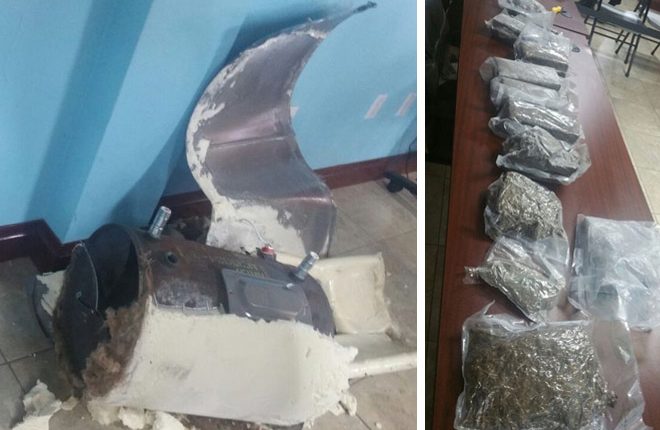 (ZIZ News/Press Release) — Officers of the Royal St. Christopher and Nevis Police Force and Her Majesty’s Customs and Excise Department found illegal drugs concealed in a package earlier this week.

According to a statement, on Wednesday at about 11:05 a.m the officers carried out a search of a package marked “Prestige Trucking Services” At the head office of the Customs Department at Bird Rock.

Officers found 12 packages with a combined weight of just over 8 kilograms of a vegetable material suspected to be cannabis inside a water heater in the package.

Two persons, including the individual who was present to clear the package, are in police custody assisting with investigations.

Assistant Commissioner of Police Terrence James said “Operations such as these account for the increase in the number of drug cases seen in the 2017 statistics. The more vigilant we are, the more drug interdictions we are able to carry out. The result, of course, are more drug offences being recorded as we continue to charge the offenders.”

ACP James commended the Customs and Excise Department and the police officers for acting quickly in the matter.