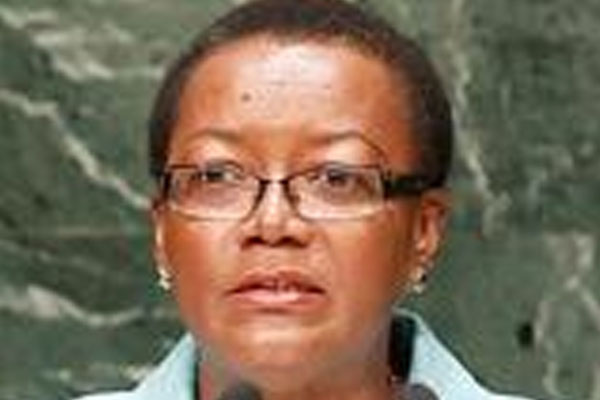 New York, USA — Noting that small island developing nations must speak with one voice at the global level, representatives of those countries on Tuesday pressed for international economic partnerships and efforts to combat climate change, on the final day of the annual General Assembly debate in New York.

The minister of foreign affairs and foreign trade for Barbados urged the international community to make provisions for countries which are both small island developing nations and highly-indebted middle income countries.

“We continue to suffer the devastating impacts of the global economic and financial crisis and have limited scope, capacity, fiscal flexibility or policy space to respond effectively to them,” Maxine McClean said.

She noted also the country’s declining export demand, decreased investment and contraction of services, such as tourism.

Among other key challenges, the minister in her speech cautioned that efforts to transition to a green economy will be undone if the international community does not take immediate and urgent action against climate change.

McClean also highlighted the importance of respect for human rights, the rule of law and democracy in development.

The theme of this year’s high-level debate, which started on 24 September, is “Delivering on and implementing a Transformative Post-2015 Development Agenda.”

Addressing the UN body on behalf of Bahamas, Fred Mitchell, the Minister of Foreign Affairs and Immigration, also stressed that the post-2015 sustainable development agenda must be people-focused.

“The obstacles are many. The lip service is evident. We have hope and our moral case is strong. We are inspired by the potential possible outcomes of this new development agenda,” Mitchell said.

He listed the environment, fighting crime and containing illegal immigration as the island’s highest priorities.

During this session, Bahamas became the fiftieth member state to sign the Arms Trade Treaty, causing it to enter into force. The ATT, as it is known, regulates the international trade in conventional arms, from small arms to battle tanks, combat aircraft and warships.

Saint Lucia’s minister for external affairs, international trade and civil aviation, Alva Baptiste, called for “the tensions and tendencies towards war” which are now emerging and which retard the positive contribution of the international community to concerns of small, developing island nations.

He also called for the removal of “residual effects” of the Cold War, by lifting the economic embargo on Cuba and for fuller participate of Taiwan in UN bodies, particularly the UN World Health Organization (WHO) and the International Civil Aviation Organization (ICAO).

Turning to the development agenda, Baptiste noted that over the past decade, many SIDS lost considerable momentum in their development progress by having to contend with post-disaster, rehabilitation and reconstruction costs, and increased debt.

“The Caribbean has been a particular victim of these events since I spoke here last year, and we hope that following the recent SIDS Conference in Samoa, a certain urgency will be attached to this matter,” he said referring to the third international UN conference on SIDS held in early September.