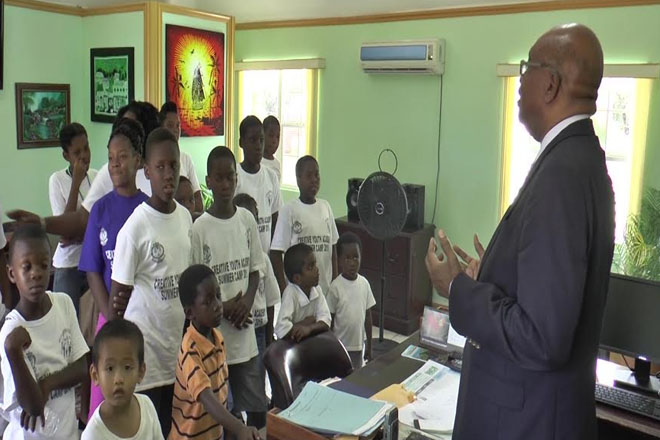 (ZIZ News) – The children at Operation Future’s Creative Youth Academy Summer Camp got a chance to meet the Queen’s Representative to the Federation when they paid a visit to Government House on Wednesday morning.

The campers toured the grounds, met the staff and had a brief question and answer session with Governor General, His Excellency Tapley Seaton Q.C.

The Governor General spoke with the children about his role and duties to the Federation, and shared with them information about Queen Elizabeth II.

He told the media present that the goal was to stir the children’s curiosity.

The two-week summer camp is being held at the St. Johnson’s Community Centre under the theme “Greater Achievement for Every Child”.

According to organisers, the aim is to keep the children effectively occupied through entertainment and learning.