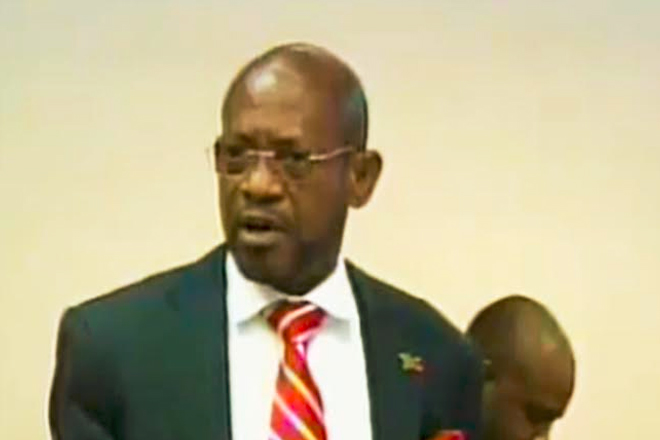 (ZIZ News) – The 2016 Budget Debate began on Wednesday morning with a presentation by Leader of the Opposition, the Rt. Hon. Dr. Denzil Douglas who, from the start, accused the government of trying to mislead the public.

He noted that his role was to defend his administration’s legacy.

“I am here taking a stand to defend all that we have put in place to defend the projects that we have left behind,” he said as he thanked “those who have worked with us through thick and thin.”

In his view, the 2016 Budget did not represent new ideas and Douglas criticised the Team UNITY-led Government for not presenting its Budget sooner.

He said other Caribbean governments presented Budgets shortly after being elected.

“They presented their budgets because they went into government with plans, with policies, with programmes but what do we have here in St. Kitts and Nevis? A whole heap of deception that have been heaped on the people of this country, a government that has commonly been described as a fraudulent government and only 10 months after it is able to come to the parliament and present a Budget to the people of St. Kitts and Nevis,” Dr. Douglas said.