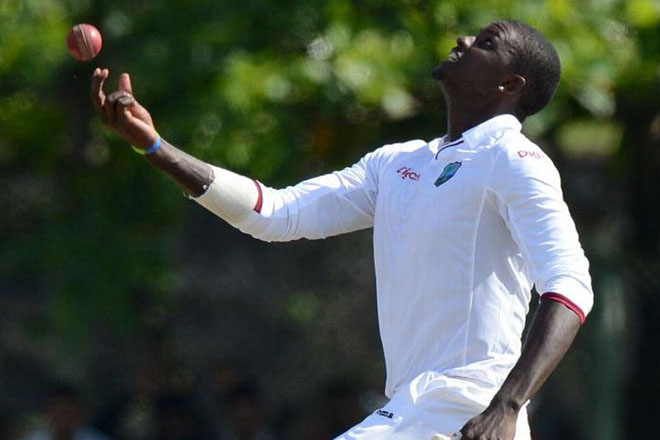 The only predictable thing about Sri Lanka’s weather is that the meteorological department’s forecasts will be wrong. They expect daily afternoon thunderstorms in Colombo all through the Test. Going by their track record from Galle, this is an excellent sign the cricket will not be interrupted over the next few days, even if plenty of rain has fallen on the city recently.

Both teams will be pleased a result looks likely. West Indies need a victory to save the series, and to inspire a new captain and his young team ahead of a difficult tour of Australia. Meanwhile, a strong series win would partially absolve the hosts of the disappointment of two mid-year humblings at the hands of India and Pakistan.

Sri Lanka arrive full of confidence following the innings victory in the first Test, of course, but their batting may still be vulnerable. Milinda Siriwardene and Kusal Perera are playing their second and third Tests respectively, opener Kaushal Silva has gone some time without a big score, and the no. 3 position has been so problematic Sri Lanka are likely to give 20-year-old Kusal Mendis an opportunity there. West Indies conceded 484 in Galle, but that had been more a reflection of poor catching, than toothless bowling. The extra pace and carry often available on the P Sara pitch will raise the visiting attack’s chance of scripting an upset (much like Tim Southee and Trent Boult had done at the venue in 2012), so long as chances are held.

The hosts will be happy with the state of their own fielding, however. Dinesh Chandimal claimed a stunner at short midwicket in the first innings at Galle, but Sri Lanka were sharp in the field generally, where they had been almost abysmal for much of the past year. The board is still hunting for a head coach, but several players have already spoken positively of interim coach Jerome Jayaratne’s work so far.

Dinesh Chandimal was virtually unselectable for large portions of 2014, but he has suddenly begun to bat with freedom and watched the runs flow. He averages 51.69 in 2015, and provides the positivity and dynamism Sri Lanka have often had from their long-term no. 4 batsmen. He has often enjoyed batting on quicker, bouncier tracks, and will hope for a good score at the P Sara, which might in turn set him up nicely for the Tests in New Zealand, in December.

Devendra Bishoo was not quite at his best in Galle, yet he created the most chances from the West Indies attack, and finished with the most wickets as well. Though the P Sara suits the quicks, it has also been kind to visiting spinners this year – Yasir Shah, R Ashwin and Amit Mishra prospered at the venue. If West Indies’ batsmen can keep their side in the match for the first three days, Bishoo may have a key role to play in the second innings.

Kusal Mendis appears almost a certainty to debut in place of Lahiru Thirimanne, who has suffered a poor stretch of Test form in the past three months. Rangana Herath will likely take up Thirimanne’s vice captaincy. Offspinner Tharindu Kaushal is also likely to be replaced by Dilruwan Perera, following Kaushal’s modest outing in the first Test.

Shai Hope’s twin failures in Galle may allow Rajendra Chandrika to reclaim a position at the top of the order. The rest of West Indies’ XI is likely to remain unchanged.

Rain clouds have generally gathered over Colombo in the afternoons this past week, and usually drop their payload after dusk. The pitch is understood to be a little dry beneath the top layer, which will bring the spinners into the match.

Angelo Mathews needs 151 runs to reach 4000 for his career. If he does it in the first innings, he will be the equal second-fastest Sri Lankan to that milestone (in terms of innings played) alongside Kumar Sangakkara and Thilan Samaraweera. Mathews has, however, batted largely at no. 6.

“This wicket has more bounce and pace than Galle and our fast bowlers have been bowling really well even though they haven’t got too many wickets. Dhammika Prasad has been brilliant over the past few games been taking three to four wickets all the time. Nuwan Pradeep’s bowling has been equally good.”

“I can tell you for sure the guys are upbeat for the second Test match. The guys know the situation of the series. The batsmen need to give us a chance to get 20 wickets. In the last game we only got one opportunity with the ball and we only got 10 wickets. Hopefully we can put some runs on the board in the second Test.”