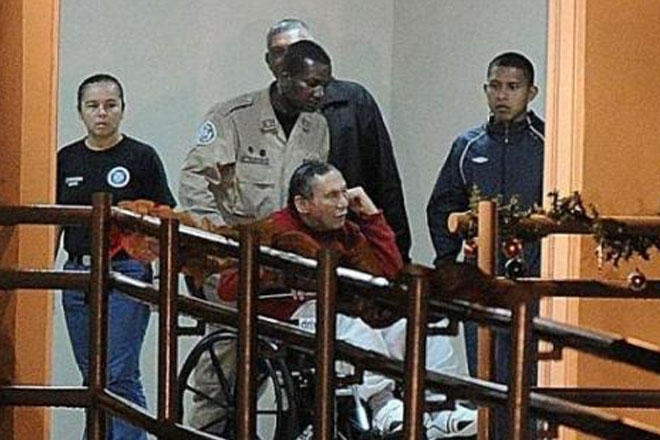 Panama City, Panama — A judge in Panama has suspended the upcoming murder trial of the imprisoned former dictator, General Manuel Noriega. The general, who served 20 years in a federal prison in Miami, and subsequently two years, out of a sentence of seven, in France, for money laundering, is currently incarcerated for a 60-year sentence for the murders of opponents to his regime, when he was president of Panama.

This new case involves the murder of a union leader, said to have been murdered by the Army at Noriega’s orders.

When extradited from France, it was solely for the charges for which he is serving time now, and the doctrine of specialty, which bars a jurisdiction that extradited an individual from trying him for any crimes other than those which he was extradited for, bars the new murder trial.

There have been calls to send Noriega, who is ill and is 81 years old, to house arrest, for the remainder of what is essentially a life sentence. He has served four years in prison in Panama, and has been hospitalized several times, including a recent visit, after he suffered a fall.