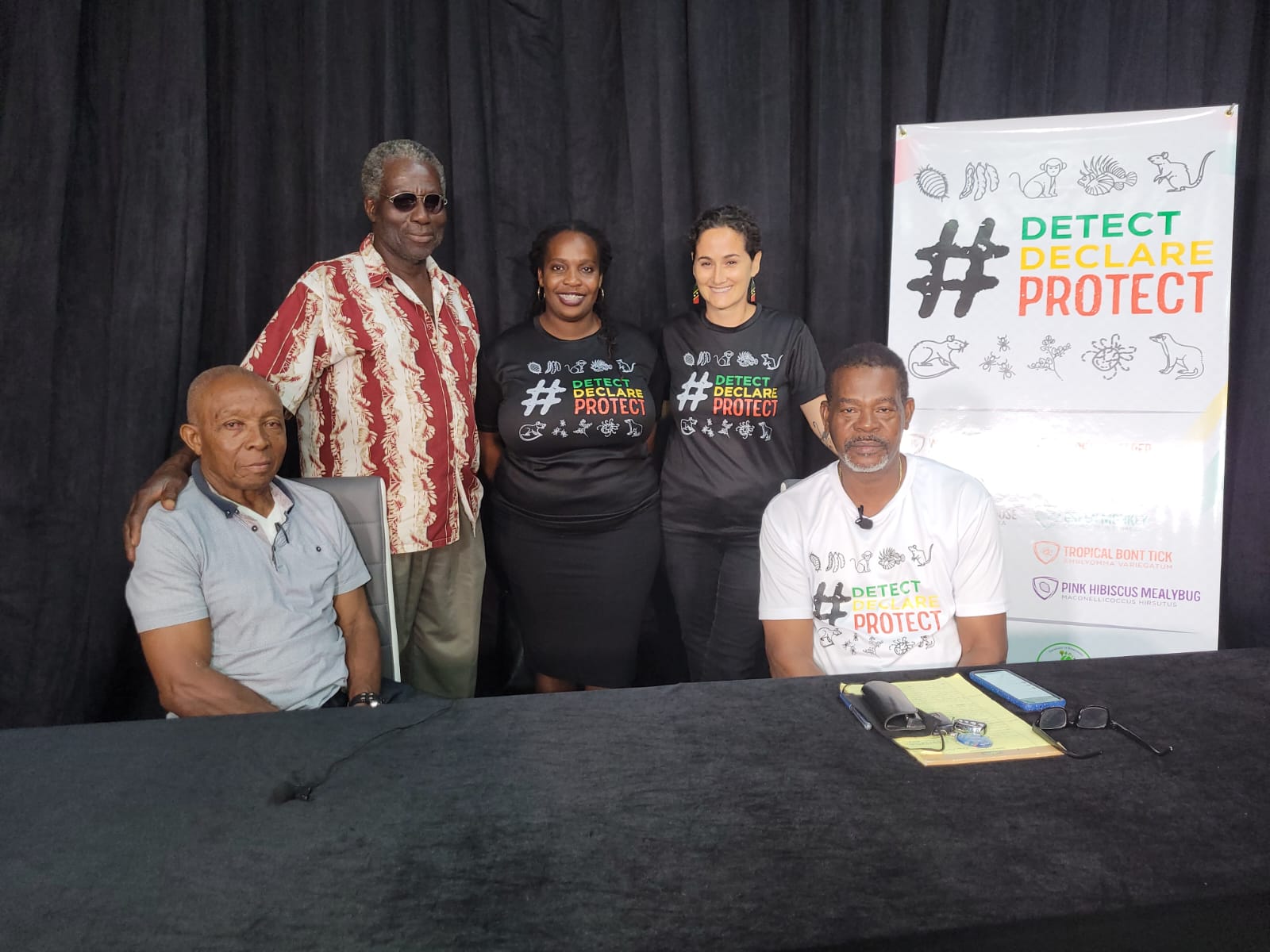 The statement by Director of the Project, Mr. Eavin Parry, outlined the goals of the project and its importance in light of national and regional goals in relation to agriculture and environmental conservation. Additionally, Dr. Dore, who has been conducting research on green monkeys, presented some key findings from her studies on the species, highlighting the significance of their threat to agricultural viability and biodiversity on the island.

Very interesting stories were shared by farmers who described monkeys as ‘smart, sensible, animals’. The farmers detailed several strategies including trapping, feeding stations, and shooting as well as using noise repellents to deter monkeys from accessing their farms and destroying their crops. They noted that over time the monkeys learnt how to circumvent these deterrents to access the farms. More innovative methods such as electrical wiring was reported to have had some levels of success but farmers noted that monkeys have sometimes developed the capacity to withstand the shocks. Dr. Dore agreed that monkeys have indeed become increasingly resilient to the prevention techniques outlined by farmers, pointing to the need for continued research and development of tools and technologies to deter the animals. She also highlighted the ways the sugar industry worked to deter the monkey population from crops and suggested mimicking that infrastructure as best as possible moving forward.

The extent of the financial loss caused by monkeys was noted to be significant. Preliminary analysis from the monkey pilot project work has revealed that over EC 1 million worth of food is lost due to monkeys, who uproot and bite the crops, before scattering them across the farm. Farmers noted that in one-night monkeys can remove up to 500 heads of cabbage or an entire field of carrots at a time, leading to the loss of an entire crop, the associated costs of inputs as well as income.

The species are therefore seen as a major threat to national food security in an island which according to Mr. James, only produces 5% of the food consumed locally. Global events and threats such as wars, the covid-19 pandemic and climate change were highlighted as challenges that can worsen food insecurity in St. Kitts and Nevis, which means that the destruction of farm produce by monkeys must be urgently addressed to enhance domestic food production. The need for a cross-sectoral and inter-agency approach to dealing with monkeys and other IAS was emphasized as well as the need for each citizen to play their part in keeping with the project’s slogan of #Detect #Declare #Protect.

For more information contact Dr. Joyelle Clarke by email at joyelle.clarke@gmail.com or phone at 268-720-9835.