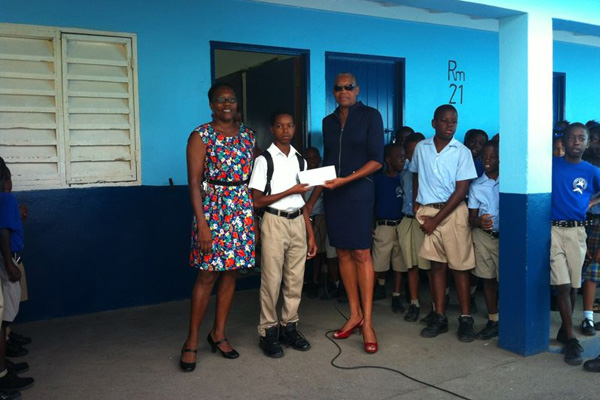 At a ceremony held at the Beach Allen Primary School this morning, the Parliamentary Representative for Central Basseterre, the Hon. Marcella Liburd, presented awards to three students, two of whom are now at the Basseterre High School and one at the Washington Archibald High School.

Vedal Lake was presented with the award for the student from Central Basseterre who best exemplifies academic excellence, good behaviour, participation in extra-curricular activities and who has a special need. This is the second year that this award has been presented.

The principal, Mrs. Emelita Warner-Paul and the Hon. Marcella Liburd both gave brief remarks and congratulated the awardees.

The ceremony was attended by students from grades 4, 5 and 6, their teachers and support staff.

The Prime Minister of St. Kitts and Nevis Reaffirms Commitment to a Strong…