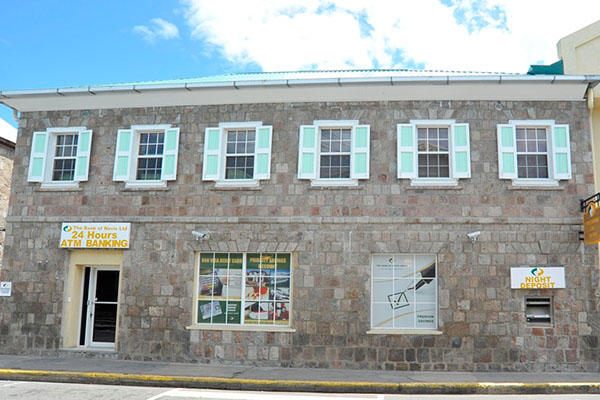 (ZIZ)– The Charlestown based Bank of Nevis has been the centre of media attention on the sister island as it is alleged that at least one senior member of staff has been terminated over a financial scandal.

Former Premier and Finance Minister, the Honourable Joseph Parry, is however calling on Nevisians to throw their support behind the financial institution despite the current scandal.

According to Parry, the bank is demonstrating that it wants to maintain a professional reputation.

“I want to tell the people of Nevis and all those who are doing business with Bank of Nevis, let us continue to support the Bank of Nevis,” he said.   “Because the Bank of Nevis has demonstrated or is demonstrating that it wants to clean itself up and that whatever happened was not a policy of the bank and maybe it was an accident, maybe people just got careless. Maybe some of the people who were involved were involved unwittingly: they did not know. Perhaps one or two persons might have been compromised for whatever reason, we don’t know. I have no idea. But the point is this, the fact that the Bank of Nevis has been so transparent in its actions and has been so open in its actions it deserves to be commended and we should give it the support it deserves and I think the right signals are being sent to the FIU, the federal authorities and to the international authorities.”