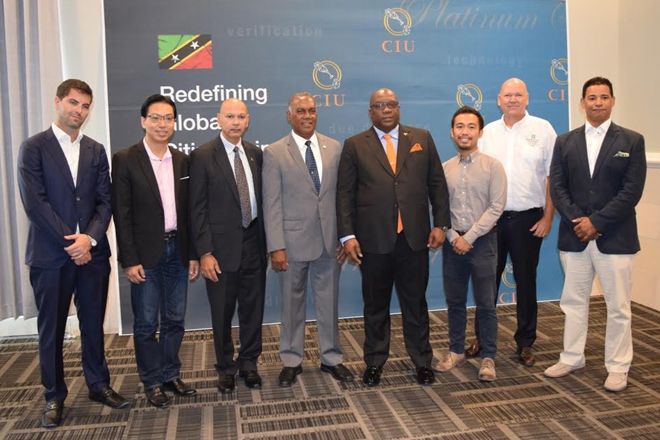 Basseterre, St. Kitts, September 14, 2016 (SKNIS): Participants who attended the 3rd National Conference for Service Providers and Developers for the Citizenship by Investment (CBI) Programme on Monday, September 12, stated that the programme is doing well and they expect it to continue on a path to restoring and rebranding to a very high standard.

Adrian Scantlebury of Scantlebury Law firm, and a real estate service provider for the CBI Programme said that he is very pleased with the efforts that were made to revive the programme and noted that the conference provided an avenue for him to gain a greater knowledge of the programme.

“They have really been doing a lot of hard work in improving the systems, and as a service provider I can testify to the improvements that have taken place,” he said. “This programme being the first of its kind in the world, we really know what we are doing and have been doing through the years and even though within recent times there have been changes in the market brought about by competitors and changes on the financial systems, I am confident that the St. Kitts and Nevis Citizenship by Investment Programme will rise to the occasion.”

Sebastian Mottram, Silver Reef’s Development Project Manager, noted that the CBI programme in St. Kitts and Nevis is one of the most respected in the world and it is the mechanism for which his institution has survived as a development.

“What we are hoping is that the CBI Programme will maintain its position as a world leader [and] maintain its integrity so that the passport holder who has invested in Silver Reef will be able to travel freely as per the agreement of the CBI Programme,” said Mr. Mottram, who added that he is confident the programme will continue along this path, especially with the appointment of the new head of the Citizenship By Investment Unit in the person of Mr. Les Khan. “It is a very good point that he is experienced in due diligence. What he brings to the Citizenship by Investment Unit (CIU) is respect in due diligence, which is really what it is all about.”

President of the Royal St. Kitts Hotel, John Zuliani, stated that he is looking to further develop the infrastructure of St. Kitts and Nevis, therefore, he would like to see the CBI grow. He noted that he is willing to do what is needed to be done in order to get the majority of people who are looking for a second citizenship to choose St. Kitts and Nevis as their number one choice.

On July 12, 2016, Mr. Zuliani broke ground on the Royal Plaza Project, which opens its doors to the public on November 01, 2017. The 11-unit commercial development will provide business tenants with more than 17,000 square feet of indoor space. It will have seven outdoor patios ranging from 500 to 1,000 square feet, allowing for al fresco (outdoor) dining. The parking lot will also be expanded from the current 35 spaces to about 125, to adequately support the Royal Plaza. There will be a wide variety of different businesses; high-end jewelry stores, some boutique shopping stores, two beautiful restaurants – one has a concept around gourmet burgers and nice beer. The project will employ approximately 120 construction workers. Mr. Zuliani already employs about 125 workers at the Royal St. Kitts Hotel during the high season (December to April) and about 106 workers during the low season.

The President of Royal St. Kitts expressed his delight on the appointment of Mr. Khan, stating that he is a great asset to the team, as he is very educated and very experienced in Citizenship by Investment.

He holds a Master’s degree in Counselling from the University of South Australia.