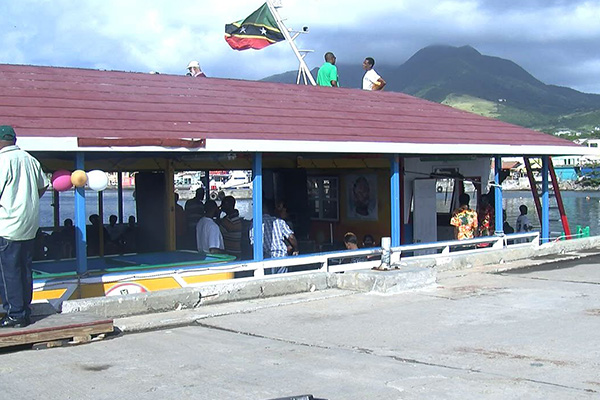 (ZIZ)– The first ever party boat in St. Kitts is now open for business following the official inauguration ceremony on Saturday at the Port Zante Marina.

Family, friends, investors and well wishers all came together on Saturday to see Elroy Jeffers’ dream turn to reality with the official inauguration of his party boat, MV Prince Devonte J.

The boat, which was named after Jeffers’ son who passed away, is the first of its kind in St Kitts and Nevis.

During the ceremony which was held at sea, Minister of Tourism, Hon Richard Skerritt said now that the dream has begun a reality, it is up to the owner to turn that reality into revenue.

“This is when you have to hire people and pay salaries and so this is when you need revenue,” he said.   “And so the next big challenge for ray and his family in this wonderful adventure is to generate some revenue. The good news is that the revenue potential is there.”

The minister says St Kitts’ growing cruise industry will be the largest market for this venture but called on Jeffers to continuously add to its attraction.

“The challenge now is for ray and his team to generate attraction from the market unto the ship…that is actually the most challenging part of this venture,” he said.

The boat includes a bar, a stage area, galley, two areas for viewing the sea bottom and an upper deck.

Jeffers says he intends to host events such as karaoke, comedy shows, weddings, and birthday parties.