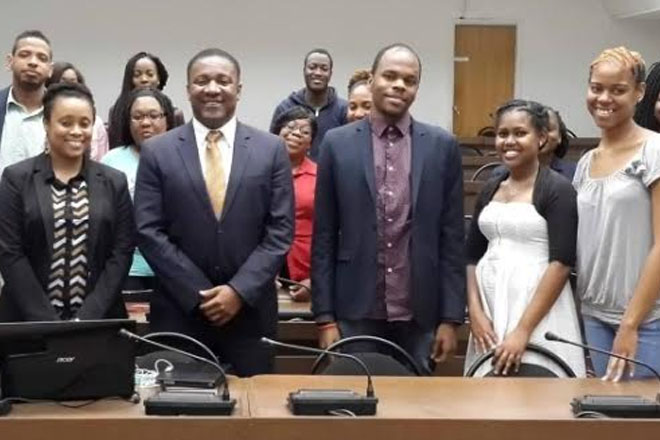 Paulwell in Russia for economic forum

The meeting, from June 18–20, is being held under the theme: ‘Time to Act: Shared Paths to Stability and Growth.’

The annual forum gathers the world’s leading decision makers to identify and deliberate the key challenges facing emerging markets and growth economies, Russia and the world, and engage them in finding solutions.

“It is an excellent opportunity for which Jamaica must take advantage. The Russian Government had extended an invitation to us. We have so far had very fruitful meetings with representatives from Russia’s Ministry of Energy especially focussing on the future of UC Rusal and Russia in Jamaica and the country’s economy,” Paulwell told JIS News from Moscow.

Paulwell further informed that during the discussions, he raised the issue of Jamaica “reasserting leadership” in revamping the International Bauxite Association, which was proposed by late former Prime Minister Michael Manley and was established in 1974. It was dissolved in 1994.

“I do believe that bauxite producing states must once again collaborate, not as a cartel, but to secure our best interest especially in the sharing of information,” he said.

The US$11 million sale price was credited against the country’s indebtedness to UC Rusal of approximately US$21.15 million as at the end of April 2014. The balance (some US$10.152 million) will be settled by the Jamaica Bauxite Mining Company.

The St Petersburg International Economic Forum is a leading global business event, attracting over 7,000 Russian and international participants, representing government and business leaders from around the world, joined by leading voices from academia, the media, and civil society.

It includes an Energy Summit where Government representatives from several countries including Russia and Jamaica, Chairmen of Energy Corporations or their senior executives, as well as industry experts are expected to participate in debates, seminars, country-specific round table discussions for the exchange of ideas and insights on Global Energy and Development strategies.

Discussion topics include: ‘Shifting Landscape Ushering a New Era for Global Oil and Gas Markets’; ‘Nuclear Power in the New Global Energy Mix’; ‘China’s Economic Revamp and the Potential Impact on Global Demand’; and ‘The Unabated Growth of e-commerce – How will It Reshape Global Retail Markets’.

Paulwell noted that while in Russia, he will visit with several Jamaican students studying in the country and inform them about Government’s economic programmes. He said he will also advise them of several scholarships that are available.