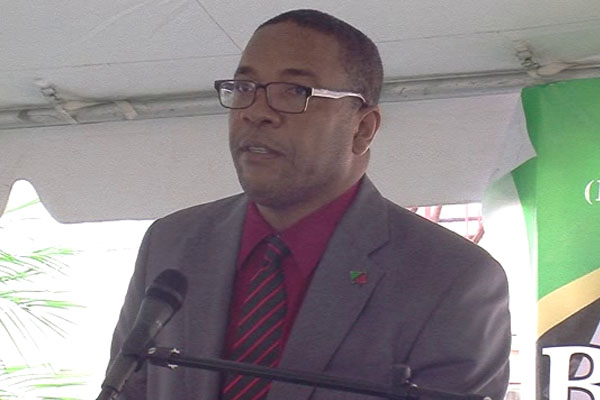 (ZIZ News) — Senior government officials have praised the success of the People Empowement Programme, or PEP, and the impact it has had on the lives of residents, particularly young people.

This comes as the programme moved into its new Secretariat at Princes Street on Friday.

During the opening ceremony, Minister of Youth Empowerment, the Hon. Glenn Phillip said the advances and results of the PEP are a reflection of the government’s pledge of progress, not promises.

Minister Phillip also specifically praised the PEP participants who worked to renovate the building that houses the new Secretariat.

“We are gathered here to commend highly the men who have worked in the programme to convert what could have been an abandoned portion of government property into an office space that is comparable to big business firms both here and internationally,” he said.

Prime Minister, the Right Hon. Dr Denzil Douglas noted the recognition that apprenticeship programmes, like PEP, have received around the world.

He spoke of the German Government that criticized other European countries for not establishing their own apprenticeship programmes.

“The countries of Western Europe decided then and there to move without delay to schedule a conference to map out their shared and individual plans for the introduction of apprenticeship programmes in their respective countries. I was very happy to come across that article because it further affirmed the wisdom of the course on which your government had at that time so bravely set out,” the Prime Minister stated.

PEP has so far given thousands of nationals new opportunities for employment through job attachments with businesses across the Federation.