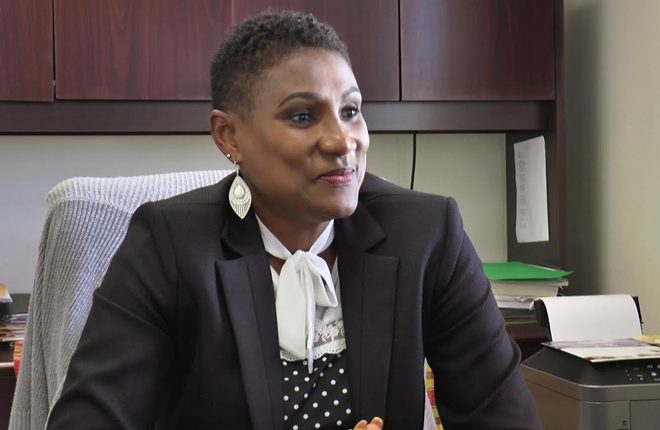 Now that the Sugar Mas 45 activities have ended, Permanent Secretary in the Ministry of Tourism, Carlene Henry Morton shared her thoughts on the Carnival season and says Sugar Mas 45 did not disappoint.

She made the comments during an interview with ZIZ on Friday.

“We expect that during Carnival time we are going to have an influx of visitors and we were not disappointed this year. In fact I think we may have had more people on island than in previous of years for a number of reasons. From what I’ve been made to understand from all accounts, most of our commercials flights were full and that can be a combination of returning nationals and the usual visitors, regionally, internationally coming in to have a taste of St. Kitts in general over the Christmas and Carnival season”, she said.

Mrs. Morton explained that there was a boost in the number of returning nationals during the season.

She said that the timing was perfect as past students of the then Sandy Point High school returned for their 50th anniversary.

“With regards to the returning nationals, I think we very well may have had a boost because I think most of us are aware that the Sandy Point High School/CEMS celebrated 50 years and quite a number of persons who would have attended that school, worked at the school or taught at the school came home to celebrate to celebrate that very significant anniversary. I attended their function at the Marriott and there was standing room only. Quite a number of persons had not come home in many, many years. In fact the persons who gave the feature address had not been home in 40 years”, Morton explained.

She also added that visitors who participated in the Sugar Mas 45 activities like newly signed SKN Patriot cricket star, Chris Gayle have helped to advertise the island.

“I don’t know how many persons have been looking at Facebook but Chris Gayle has been posting and he has about 17’000 plus persons following him on Facebook and when he talks about St. Kitts that is advertising that we cannot pay for so we are happy to report that everything looks positive”, she expressed.

Mrs. Morton also used the opportunity to thank all persons who visited during the Carnival season and encouraged the public to continue promoting the Federation through social media.

“I have no reason to doubt that from a Tourism perspective that we would have done pretty well here on island and we want to say to all the persons who were here, thank you for coming. Make sure you continue to post on Facebook, Twitter and Instagram and all of the other social networks that are available. Tell them what a wonderful place St. Kitts is, how warm and hospitable we are so that we are able to value to every visitor’s experience and visit that they have here on island”, the Permanent Secretary said.