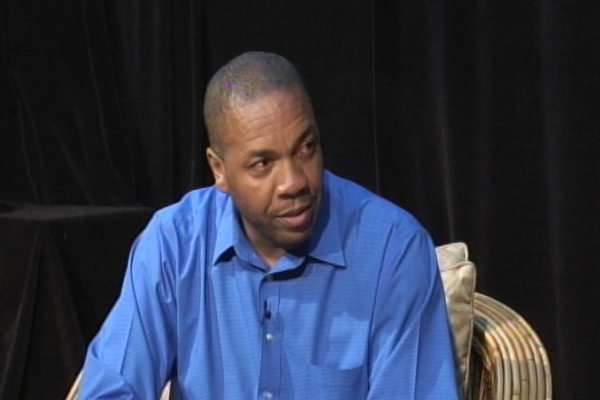 (ZIZ News) — Hon. Glenn Phillip says when it comes down to it, he thinks the decision that electors in Constituency Four will make will be based on which candidate they can trust.

Phillip, the St. Kitts Nevis Labour Party candidate for Constituency Four, stated this belief during an appearance he made on “The Brandon Element”.

“I think when it comes down to trust I think the difference between my opponent and I, if you could recall, just leading up to the last election…the Marriott debacle. In any other party or society wherever in the world, someone like my opponent would never run again,” he said.

“I’m thinking that maybe his party can’t do any better but he’s not an example for children in our community, in our constituency, in our nation on a whole,” he added.

Philip was referring to the now infamous 2010 video in which an undercover journalist, posing as an overseas investor, met with former People’s Action Movement leader, Lindsay Grant.

During the meeting the journalist suggested that he would offer significant financial support to Mr. Grant’s political campaign in return for assistance with acquiring prime property on St. Kitts for well below market price.

According to Phillip, many people he has spoken with in Constituency Four have not been able to move past what Mr. Grant was prepared to do five years ago.

“But there are persons who are undecided and there are persons from my party who think that it is wrong. He should not get away with something of this magnitude. He’d be poor representation. Not only that, he was touted as the next Prime Minister last election with no plans. He still does not have a plan for the people of Constituency Number 4 apart from trying to buy people out. The thing is, if you look at what Lindsay Grant stands for it’s just bogus in my view,” he said.