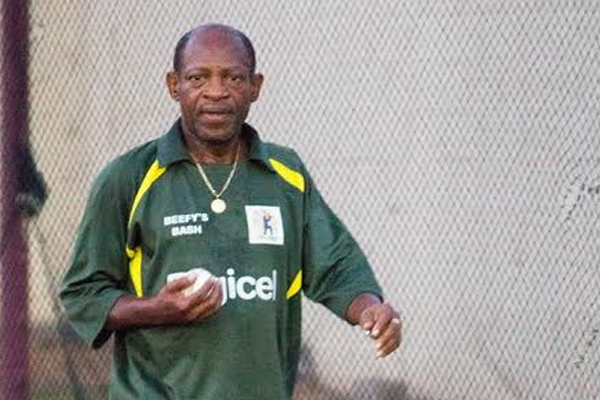 (ZIZ)– Cricket lovers and other patrons of this year’s Caribbean Premier League cheered on the Federation’s Prime Minister, the Right Honourable Dr. Denzil Douglas when he bowled the first ball during Tuesday’s All Star Beefy’s Bash at Warner Park.

Prime Minister Douglas was the crowd’s favourite as he, dressed in the uniform of Brian Lara’s team, put on a spectacular show before bowling the first ball.

Proceeds from Tuesday’s game will go toward assisting three charities in St. Kitts-Nevis: the Special Olympics Committee, Operation Future and the St. Kitts-Nevis Association for Persons with Disabilities.

“I can’t leave the CPL without bigging up the PM. I think the next time West Indies looking for a bowler…I want to big up Glenn Ghost Phillip. I notice he took two wickets. Our own Jeffers, Shane Jeffers, made the most runs. I’m just a little disappointed that team didn’t win but it’s all in the party atmosphere,” she said.