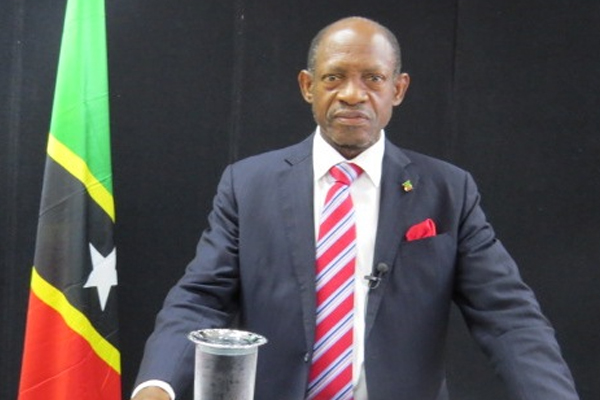 Basseterre, St. Kitts (CUOPM) — Despite a Privy Council ruling ordering that Monday’s general election be held on the old boundaries, St. Kitts and Nevis’ Prime Minister the Rt. Hon. Dr. Denzil L. Douglas expressed confidence that the people of St. Kitts and Nevis will decide in the ballot box that Labour is the only party with the policies and record to continue the progress and growth for which St. Kitts and Nevis is now known.

“It is clear that the Privy Council has failed to take into account the democratic will and the sentiments of the people. We in Labour feel there is a real gulf of misunderstanding between what has gone on in a court room in London and the mood of the ordinary man and woman on the streets here in St. Kitts and Nevis,” said Prime Minister Douglas in a radio and television Thursday afternoon.

In his address, the St. Kitts and Nevis leader informed the Nation, that English law lords have ordered the electoral commission to use the unfair and unequal boundaries in the election, which will take place on Monday, February 16th 2015.

“While I profoundly disagree with this interim injunction, we have to remember that it is only a temporary measure and the issue of permanently establishing fair boundaries will be decided on a future date,’ said Dr. Douglas.

He said that his Labour government has prepared the country so that it has enough time to properly consider the matter and “you the people of St. Kitts and Nevis can exercise your constitutional rights in the ballot box on Monday.”

“We, the Labour party will not allow PAM to violate democracy we will ensure that the public will is expressed through the ballot box,” said Dr. Douglas.

It is the important thing, that you get the chance to have your say on the future direction of the country, that you have a chance to pick your representative, that you can make the judgement about which party is best for your children and their future. Let us see this as an opportunity. We all know that the Opposition, with their love of obscure legal proceedings, would challenge the outcome of the election anyway. The people of St. Kitts and Nevis, however, do not trust them with their lives or their future,” said Dr. Douglas, who later walked to Masses House, to address hundreds of supporters who had gathered.

He pointed out Labour has won the respect of the people of St. Kitts and Nevis by taking care of the Federation time and again.

“Today, there is so much to be proud about, so much to uphold on Monday, with our country being the brightest spot in the Eastern Caribbean. We have achieved so much – in Agriculture, Tourism, infrastructure, Healthcare, Education and Housing. And we are providing thousands of young Kittitians and Nevisians with the skills and knowledge to build their own future through the PEP programme and continuous job creation. We are assisting young parents to provide healthy and stable environment for their families,” said Prime Minister Douglas.

He noted that the Labour Party – just this morning – again expanded the bonds of cooperation and collaboration between St. Kitts and Nevis, by further strengthening the high level collaboration begun some five years ago when, from positions of strength, the St. Kitts and Nevis Labour Party and the Nevis Reformation Party decided to work as partners in the Federal Cabinet for the good of the entire Federation.

“Significantly, Labour had just been re-elected to Government in St. Kitts and the NRP had already been voted into office in Nevis as well. This morning we expanded even further the extent of our collaborative relationship and tonight in an exuberant show of focus and commitment we shall gather – the people of St. Kitts and Nevis – in Nevis, in celebration of the positive change and unquestioned progress which Labour and the NRP have brought to our blessed land,” said Dr. Douglas, who further noted that the St. Kitts-Nevis Labour Party has won four times on these boundaries.

“And we shall win with them again. Let us go forward then. Undeterred. And determined to protect all that – together – we have so impressively won,” Prime Minister Douglas concluded.