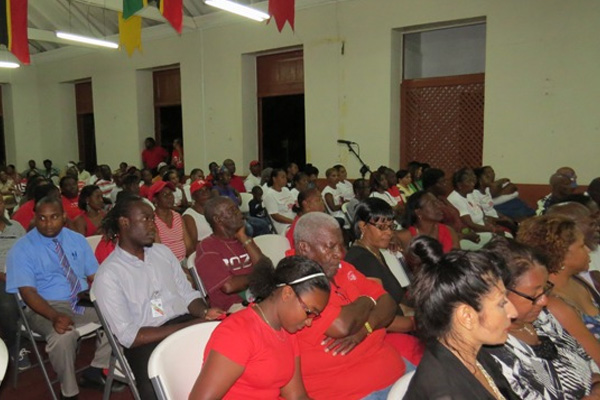 PM Douglas confirms investigation into how a large sum of money from Iraq refused by a bank in St. Kitts and returned ended up in a personal bank account in Nevis

“In my capacity as the Prime Minister, I became aware that a large sum of money arrived in the Federation from Iraq for the purpose of purchasing lands in Nevis owned by the Nevis Island Administration. I am aware that the banking system in St. Kitts in particular refused to accept the money and refused to lodge the money into the account that was supposed to be owned by a company whose ownership is jointly by a high official in the Nevis Island Administration and his wife,” Prime Minister said Thursday night in response to questions asked by a participant at a Town Hall Meeting to mark the 19th Anniversary of his St. Kitts-Nevis Labour Party Government.

Prime Minister Douglas, who is also Minister of Finance further disclosed that “the banking system in St. Kitts refused to accept the money and the money was returned to the place of origin.”

“We have been further informed that what appears to be the very same money – but with an increased amount to it – over $1.5 million – then appeared in the banking system again this time in Nevis and in fact entered into a personal account of persons who were deemed to be ordinary persons who may not have had good reason to have such large sums of money deposited in their account,” Dr. Douglas, said, quickly adding:

“I cannot say much more than that now, because I understand that the matter is under investigation by the bank. I understand that some action has been taken by the management of the bank with regard to the staff that might have been involved and so there is very little that i can say at this time.”