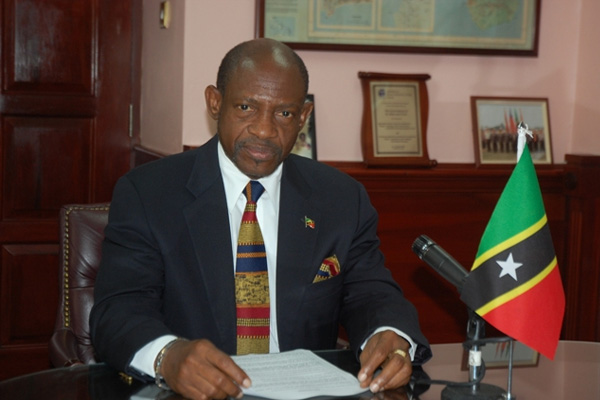 Basseterre, St. Kitts (CUOPM) — Expressing sympathy on the murder of a teenage girl in Nevis over the weekend, St. Kitts and Nevis’ Prime Minister the Rt. Hon. Dr. Denzil L. Douglas says the entire nation has been harmed by the “horrific act.”

Dr. Douglas, who had expressed those sentiments privately and directly to the parents on the sudden and tragic loss of their young daughter, Shante Claxton, Prime Minister Douglas made an appeal to assist in bringing the culprit to justice.

“I call on every single person who might have the slightest bit of information or insight as to what might have happened, no matter where you may reside in the Federation, to invest yourself fully and completely in the effort to identify, apprehend, and capture the person or persons who committed this unspeakable act,” the Prime Minister said in a statement.

“It is not only Shante and her family who have been harmed. The entire nation has been harmed by this horrific act and we must not rest until the perpetrator – or perpetrators – is no longer walking among us,” said Dr. Douglas.

He gave the assurance that National Security personnel are asking all of the pertinent questions, examining all possible scenarios and pursuing every conceivable angle.

“You have been told time and again that the battle against crime is not a matter for the police only, that the community, too, must play its part. Never will you need to understand and act on this point more than right now – on this case. We cannot go about our lives as we normally do. Not even for one moment can we afford to let what happened to Shante Claxton out of our minds,” said Prime Minister Douglas.

“This is a moment when we must – from St. Paul’s to Gingerland – think, and feel, and act as one. Our humanity, as a people, demands it. May the soul of Shante Claxton be forever blessed by God’s love and mercy,” the Prime Minister concluded.