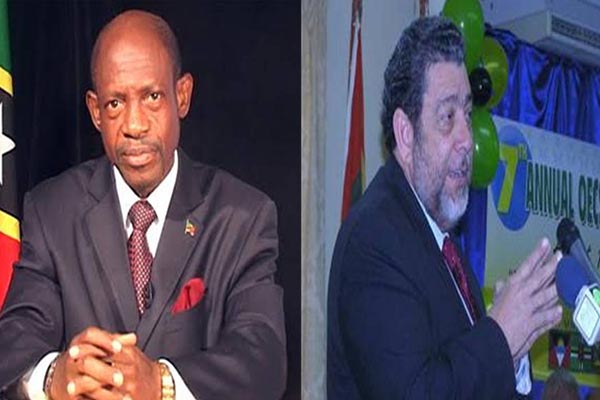 It’s the Inter-Sessional summit with host Prime Minister Dr. the Hon. Ralph Gonsalves, who is also the chairman of the 15-member grouping.

CMC news reports Prime Minister Gonsalves as stating that there is “quite a long” agenda for the two-day meeting which starts on March 10.

Dr. Gonsalves said the meeting will discuss the economies of regional countries and efforts to deal with the challenges confronting them. Climate change and disaster preparedness would also be high on the agenda.

“We have to address in a more focused manner climate change and disaster preparedness, all the dimensions of it. And that is a big item of practical important,” Gonsalves said, noting also the importance of crime and security.

Gonsalves said the decision to postpone the summit, originally scheduled for late last month was due to the absence of Trinidad and Tobago’s Prime Minister Kamla Persad-Bissessar, who has lead responsibility for security within the quasi CARICOM cabinet.

“I want crime and security to be discussed and she is the lead prime minister on this issue in the region,” Gonsalves said, adding that he hopes the meeting would sign off on some of the matters regarding CARICOM’s trade agreement with Canada.

There are some newer issues, including the report on the regional commission on reparation, and the issue of medical marijuana, which Gonsalves placed on the CARICOM agenda last year.

“Those are newer ones, and then the sturdy perennial, the governance issues,” Gonsalves said, adding that the leaders would also be receiving an update on marine and air transport from the CARICOM transport commission.

Other members of the St. Kitts and Nevis delegation are OECS Commissioner and Permanent Secretary in the Office of the Prime Minister, Her Excellency Mrs. Astona Browne and Foreign Service Officer, Ms. N. Farrell.