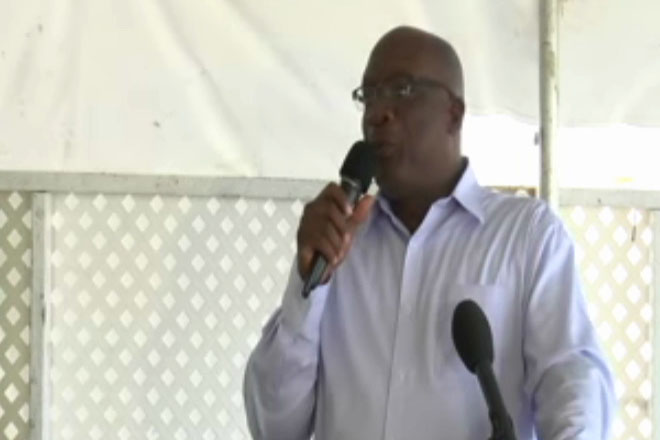 (ZIZ News) — Prime Minister, the Hon. Dr. Timothy Harris returned to the Federation on Sunday after several engagements in New York over the past week.

Among them were addresses at the United Nations and meetings with nationals.

Speaking with the media upon his arrival, Dr. Harris gave an overview of the interactions with nationals living in the Diaspora.

He said during a town hall meeting in the Bronx on Saturday night, attendees asked questions covering numerous issues in the Federation.

“There were questions asked, for example, regarding the shooting by the police. How was the government or the police responding to that? Were charges proffered? And again, that was a matter in a press conference that was mooted and we were able to report what the Commissioner had given then as the state of play,” he said.

He also spoke of the meetings with nationals at the annual Independence church service earlier in the week.

He said the attendees were concerned about local business developments and opportunities in the Federation.

“The people in the Diaspora are looking forward to seeing fundamental changes, transformative changes in the way we do business that would allow them the peace of mind about developments taking place in their country; and, by and large, assure them that if they want to contribute they would find a government that would be responsive to those particular expectations,” he added.

While in New York, Prime Minister Harris participated in a UNAIDS symposium and made a call for CARICOM to end AIDS by 2030.

Dr. Harris also participated in a heads only meeting with the UK Prime Minister, David Cameron.