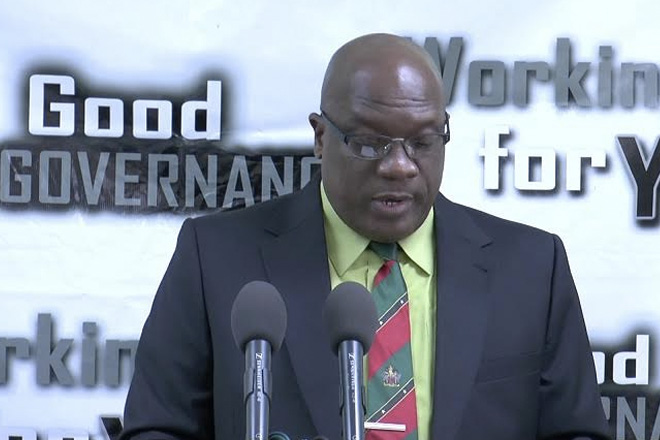 (ZIZ News) The Citizenship By Investment Programme, safety and security and international meetings were among topics addressed during the Prime Minister’s monthly press conference on Wednesday afternoon.

In his opening remarks, Prime Minister Harris spoke of his participation in a meeting of CARICOM heads with a particular focus on the fight against HIV-AIDS and ending stigma and discrimination.

He also reported on his attendance at an international conference on citizenship and residency with a goal to promote St. Kitts-Nevis as a place open for legitimate business.

Dr. Harris noted that of high priority is the reform of the Citizenship by Investment Programme including reviewing the various agencies involved and drafting new legislation to govern the programme.

In response to crime in the Federation, Dr Harris said they are taking a broader approach; looking at the entire criminal justice system and calling for a more unified response from all government and non-government sectors.

He reaffirmed that safety and security are among the foremost responsibilities of the government and revealed a six-point plan to boost crime fighting and make St. Kitts and Nevis a safer place.

He said that plan has been supported by Cabinet.

The press conference was carried live on ZIZ Radio, TV, www.zizonline.com and the ZIZ news App.