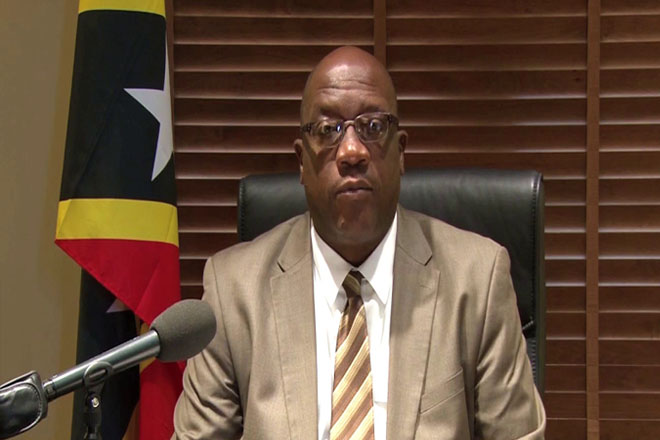 ZIZ spoke with the Prime Ministers after his address and he expressed delight in the level of support he had received.

“It was a very good inaugural address in my capacity as the Prime Minister of St. Kitts and Nevis and we had several commendations coming after that meeting. There were long queues of persons who had come to congratulate me on my inaugural delivery and for the substance of the delivery,” he said.

“Importantly and also contributing to the round of applause, was that we had a sizeable presence of nationals of St. Kitts and Nevis who had taken the time and the opportunity to come to hear the delivery of the inaugural address by the Prime Minister,” he added.

Dr. Harris said more than 20 nationals attended the event and he was pleased to greet them and thank them for their support.

As it relates to the actual address, Dr. Harris made it clear that his government is committed to delivering for the people in a transparent manner.

“We are reminded that action is required to create decent jobs for our people, build schools for our children, deliver quality health care for all, and provide a home to our working mothers and fathers. Be assured, Mr. President that St. Kitts and Nevis stands committed to the process of implementation, which includes a robust, systematic and effective monitoring and review process,” he said.

The issue of climate change received much attention as, according to Harris, certain acts of nature have the capacity to undermine the country’s economic growth and threaten food security.

“Climate Change, for us, is of utmost importance. It must never be placed on the proverbial back burner. I dare submit that for Small Island Developing States like St. Kitts and Nevis, it remains an existential threat. Our wellbeing, in its economic, social, and environmental dimensions is threatened by natural disasters, devastating floods, sea level rise, persistent drought, coastal erosion, and ocean acidification,” he said.

The General Assembly is the main deliberative policy-making and representative organ of the UN.

While in New York, Prime Minister Harris has participated in several events including a church service to celebrate the 32nd anniversary of St. Kitts and Nevis’ Independence; a reception hosted by President and Mrs. Obama; the Costa Rica-CARICOM Presidential Breakfast; and meetings with Team Unity leadership and nationals of St. Kitts and Nevis.