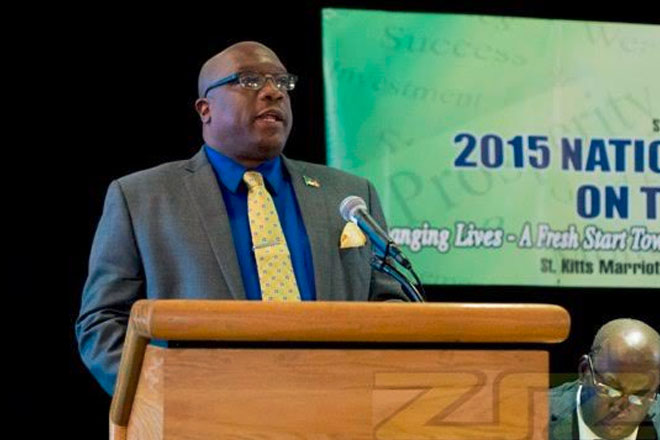 (ZIZ News) – The two customary VAT-free days which are offered, in December of each year, were discussed during Thursday’s National Consultation on the Economy.

President of the Chamber of Industry and Commerce, Damion Hobson appealed to the government to continue the VAT-free days implemented by the previous administration.

“We the private sector and the many families throughout the country are now looking to this new government to continue the flow of greater economic activity the country sees during the VAT days. However, if in the future there is to be a change to this policy, it is recommended that at least one year’s advance notice be given,” President Hobson said, as he urged the Prime Minister and the Ministry of Finance to carefully consider the Chamber’s position.

Prime Minister, the Hon. Dr. Timothy Harris, in announcing the VAT-free day, stated that the removal of VAT from food, medicine and funeral expenses played a role in determining how many VAT-free days would be allowed in the next two months.

Prime Minister Harris further stated that for this year, the government is prepared to provide exemptions from VAT on the first $75 thousand in the purchase of a car.